Pirate Treasure Of The Knights Templar

Lost treasure is in the heart of legends, and the greatest lost treasure of all belonged to the Knights Templar. From the medieval cities of Europe to the holy lands of the Middle East and a secret pirate island in the Indian ocean, renowned underwater explorer Barry Clifford and historian Scott Wolter are unearthing new evidence to find a link between two of history’s most legendary sects: the medieval Knights Templar and 17th century pirates. What they learn may very well alter the course of history and lead them to treasure that’s been buried for centuries. 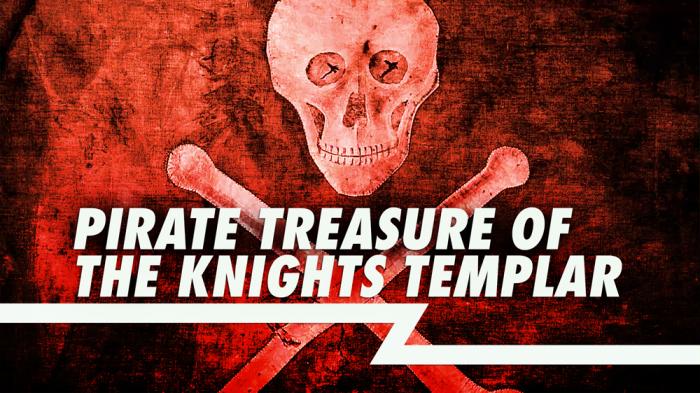 ...Knights Templar. The Great Adventure: Scott follows the pirate trail to Portugal, where he learns some new information that breaks the investigation wide open. (S1, ep 2)

...Knights Templar. The Case of Captain Kidd: A metal ingot believed to belong to Captain Kidd may hold the key to the Templar-pirate connection. (S1, ep 3)

...Knight Templar. The Flaming Cross: The trail leads to India where Barry checks out an island that may contain the most fabled Templar treasure - the Flaming Cross of Goa. (S1, ep 5)

...Knights Templar. Treasure Island: Scott finds an important relic that may be the missing link to the Pirate-Templar connection. (S1, ep 6)