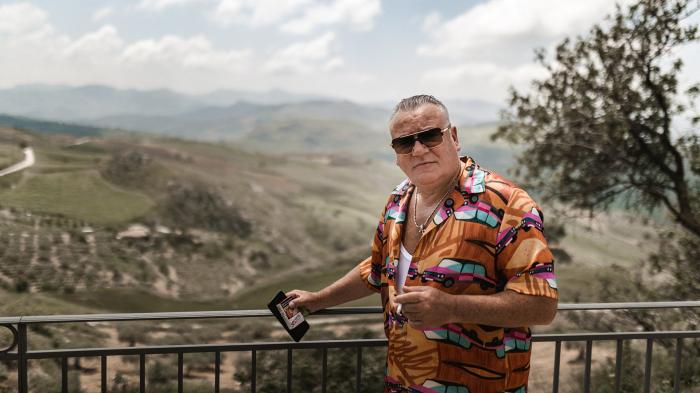 Talk to anyone about Ray Winstone and they’ll immediately conjure up images of a tough guy, a sizeable barrel of a man. A cockney geezer with a glint in his eye and - potentially - a knuckle duster in his overcoat pocket. It’s understandable. After all, the man’s made a living playing rough ‘n’ ready movie characters for some four decades now.

There’s more to Ray Winstone than just his big-screen persona, though. Anyone who’s tuned into his first delve into factual programming will know that. Viewers of his superb (if we do say so ourselves) travelogue series, Ray Winstone’s Sicily - exclusive to us here at Blaze - have seen a softer side to Mr. Winstone.

While the real-life Ray is a kind soul who loves to traverse and enjoy the Italian countryside, we’ll still always love the harder cinematic Winstone. In celebration of the man and his countless great movie roles, we’ve put together a list of our favourite Ray Winstone quotes plucked from some of the films on his glittering CV…

1979 was a breakout year for Ray Winstone. A role in the mod classic Quadrophenia and a BAFTA nomination for his work on the film That Summer helped launch his career. But it was the brutal borstal film Scum that really made people first notice the Hackney-born actor.

Jonathan Glazer’s peerless crime/black comedy film is packed full of incredible lines. Most of the more memorable ones are spat out by a career-best Sir Ben Kingsley, playing Don - a psycho gangster tasked with convincing Winstone’s Gal out of retirement and onto ‘one last job’.

Yet for all the swearing and threats and sometimes surreally violent quotes, the most poignant and affecting words are these ones spoken by Gal when he’s one the phone to his wife, thinking that he may never see her again. It’s all really rather sweet indeed.

This miniature lecture on which connected guys are touchable and untouchable is delivered immediately before a four-punch combo that cements French - and Winstone’s - hard nut credentials.

A 3D computer-animated fantasy action film based on an Old English epic poem is an unusual cinematic project. And not one you'd necessarily associate with an actor like Ray Winstone. But the man showed his range by lending his voice to the famous Scandinavian warrior here in this 2007 Robert Zemeckis adaptation and committing fully.  This one, of all his rather dramatic lines, stands out a mile. It's delivered, as you'd expect, with serious Winstonian gusto.

When news of a Sweeney remake began circulating, fans of the original series could see no one else by Ray Winstone stepping into John Thaw’s size 9s and playing the rule-breaking cockney copper Regan. And so it came to pass. There really was no other option for director Nick Love. The script is packed full of choice dialogue, most of it - as ever - of a decidedly adult nature. Winstone’s Regan is an uncompromising DI in The Flying Squad (hence ‘Sweeney’ - ‘Sweeney Todd’). One who doesn’t apologise for grabbing up and tenderising criminal sorts.  This rousing line pays homage to a famous line in the original Thames TV series ('Put yer trousers on - ya’ nicked!') and is delivered early in the film, just after Regan ‘subdues’ a suspect with a baseball bat. Setting up the tone nicely. That’s it. That’s yer lot, ya’ mugs. Now sling yer ‘ook!