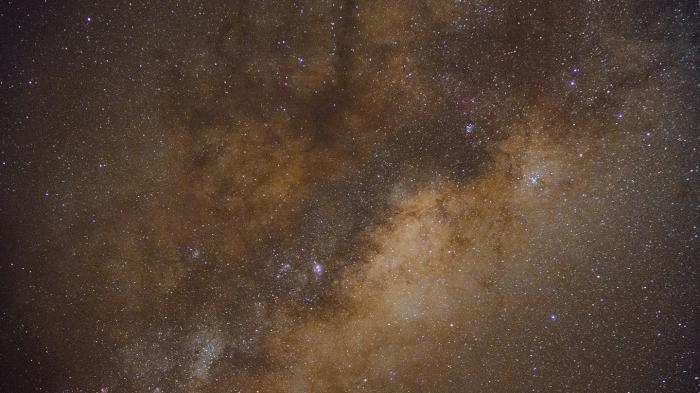 He’s got slightly more pressing matters to attend to now, like organising removals men and contacting his utility providers about a change of address. But back in October of 2020, US President Donald Trump was happy to take some time out of his electioneering schedule to answer some questions from the media about UFOs.

He was asked why the US Department of Defense had recently set up a special task force to look at ‘unidentified alien phenomena’. He wasn’t backwards about coming forwards with his reply, either (which you can read below).

It got us to thinking, though… How had previous presidents felt about unidentified flying objects and the potential existence of alien life? Well, let’s have a quick look, shall we?

When the world’s most famous UFO sighting, The Roswell Incident, occurred, Harry Truman was in The White House. The US Army took what happened in New Mexico seriously. Truman, however, did not. At least not publicly, anyway.

When he was once asked if he’d seen any flying saucers, the President replied, 'Only in the newspapers.' He then made light of the phenomena, asking the reporter quizzing him, 'Did you ever hear of the moon hoax?'

A lot of American presidents have happily chatted about flying saucers, but few have had quite the up close and personal experience as the 49th Leader of the Free World. While serving as Georgia Governor back in 1969, the former peanut farmer witnessed a UFO one evening.

'There were about twenty of us standing outside of a little restaurant. A kind of green light appeared in the western sky. This was right after sundown. It got brighter and brighter. And then it eventually disappeared. It didn't have any solid substance to it, it was just a very peculiar-looking light. None of us could understand what it was.'

'All of a sudden, one of the men looked up and said, "Look, over in the west!" And there was a bright light in the sky. We all saw it. And then the light, it got closer and closer to us. And then it stopped, I don't know how far away, but it stopped beyond the pine trees. And all of a sudden it changed color to blue, and then it changed to red, then back to white. And we were trying to figure out what in the world it could be, and then it receded into the distance.'

The incident had a big effect on the man. He later said that he would never dismiss any UFO sighting claim out of hand again.

'One thing's for sure,' he said. 'I'll never make fun of people who say they've seen unidentified objects in the sky. If I become President, I'll make every piece of information this country has about UFO sightings available to the public and the scientists.'

He didn’t, though. Obviously.

While President Carter was only too happy to discuss his close encounter, his successor was a little cagier. It’s widely believed that Ronald Reagan witnessed a UFO while flying in an aircraft piloted by one Bill Paynter in 1974.

In ‘UFOs: Myths, Conspiracies and Realities’, a book written by ex-Army Colonel John Alexander, the author shares Paynter’s story. In it, the men saw ‘big light flying a bit behind the plane,' which then accelerated to an extremely high speed and flew off.

No official report was ever filed, but Paynter claims the following: 'We followed it for several minutes. It was a bright white light. We followed it to Bakersfield and all of a sudden, to our utter amazement, it went straight up into the heavens.'

Former Arkansas Governor and red-faced saxophonist Clinton was fairly open about his position on aliens when he was top dog.

'First I had people go look at the records on Area 51 to make sure there was no alien down there,' Clinton told Jimmy Kimmel back in 2014. 'People thought that because everyone who works there has to stop about an hour away and put on special clothing and then drive in and out, and that’s because a lot of our stealth technology is made there. We know that now, but there are no aliens there.'

He wouldn’t exactly have admitted it had the place had been crawling with extraterrestrials though, would he?

There’s no record of President Barack Obama caring too much about Ufology. In fact, everything he ever said on the record about alien life was pretty flippant. But those around him during his administration took it seriously enough.

Obama once said: 'People always ask me about Roswell and the aliens and UFOs, and it turns out the stuff going on that’s top secret isn’t nearly as exciting as you expect,' he once said during an interview. 'In this day and age, it’s not as top secret as you’d think.'

Hillary Clinton, however, was less dismissive. In 2016, her presidential campaign manager John Podesta and - weirdly - Blink-182 frontman Tom DeLonge - had a series of meetings where they planned to work together to ‘uncover important information pertaining to UFOs and the US government’.

Here's what President Trump said when a journalist once asked him about the existence of aliens and UFOs: 'Well, I'm going to have to check on that. I mean, I've heard about that. So I'll check on that. I'll take a good, strong look at that,' he said. Things then took a slightly more aggressive tone when the POTUS followed up with this:

'I will tell you this, we now have created a military the likes of which we've never had before, in terms of equipment. The equipment that we have, the weapons that we have… I hope to god we never have to use them.'

Now is it just us or was that the American President kind of threatening to nuke little green men...? Given how the USA could start a war in an empty car park, we wouldn’t put it past them to kick off with the entirety of space.