Are 'alien abductions' really extraterrestrial Or are they just night terrors? 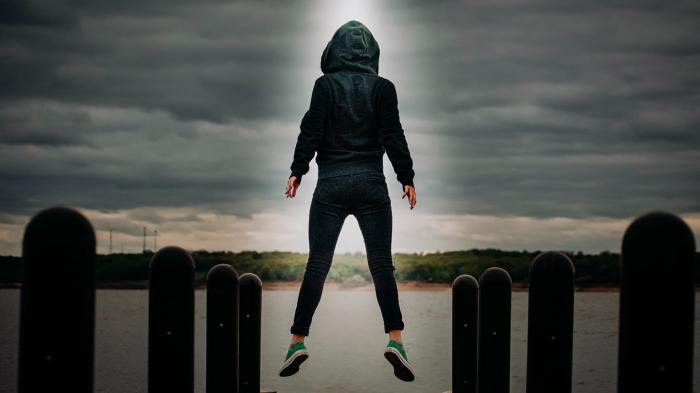 You've woken up in the middle of the night. There’s a presence in your bedroom. A dark, foreboding one. You feel an intense fear as you realise that someone - or something - is approaching you. There’s more than one of them too. You’re terrified but you can’t move. You can’t scream. You’re paralysed.

The men loom over you. But they’re not men. They’re impossibly tall and thin. Their limbs and digits jut out and move around like the crooked legs of a spider. You’re frozen in dread and abject horror.

These things emanate evil. Soon, they take you. You’re transported away. Upwards. You’re held down and who-knows-what is done to you. You awake back in bed. The entities are gone and you’re at a loss to explain it.

Have you just been abducted by aliens? Or have you, perhaps more likely, simply just had a ‘night terror’...?

Night terrors occur at very specific stages of sleep. Those unlucky enough to experience them will have to endure the paralysis, fear and visions just as they fall asleep (the ‘hypnagogic state’) or when they wake up (‘hypnopompic’). They’re surprisingly common too; it’s thought that between 40-50% of people will suffer from night terrors at some point in their lifetime.

In them, sufferers effectively have particularly bad nightmares. Ones in which they’re paralysed and panicked. These petrifying dreams can be extremely realistic, sometimes even lucid. They often featured the person accosted by - even interfered with - by one of more shadowy figures.

'I think it can explain claims of witchcraft and alien abduction,' says Kazuhiko Fukuda, a renowned psychologist at Japan's Fukushima University. In Fukuda's country, such incidents are called 'kanashibari'. The leading expert on sleep paralysis goes on to say that 'we have a framework for it, but in North America, there's no concept for people to understand what has happened to them. So if westerners have the experience and if they have heard of alien abductions, then they may think, "Aha, it's alien abduction!"'

Night terrors may or may not only explain the phenomena of alien abductions. Those that believe that they do also point to the lucid nightmares as being responsible for other such paranormal or supernatural experiences. Chief among them are ghost sightings. Other phenomena that may historically have been explained away by these scary nocturnal episodes include witches, trolls and succubuses. And, in more modern times, Slender Man.

In centuries past, some credence may have been given to those people who reported such extraordinary occurrences. Nowadays, people might be less inclined to believe ghost stories or reports of kidnappings by little green men. Reports of this kind are likely to be dismissed as lies, hoaxes or put down to some sort of mental health breakdown. Perhaps rightly, perhaps unfairly.

If night terrors are a potential cause of such ‘sightings’, however, there is a third option. These reports of nighttime ordeal don’t necessarily have to be real or fake. They can lie in the middle ground. Much like hypnagogia, that state between sleep and wake. They’re not made up, but neither are they ‘real’ in any real tangible sense.

Dr Allen Cheyne, an associate professor of psychology at the University of Waterloo in Canada is able to elaborate. 'A sensed presence, vague gibberish spoken in one's ear, shadowy creatures moving about the room, a strange immobility, a crushing pressure and painful sensations in various parts of the body,' he says. 'These are compatible not just with an assault by a primitive demon but also with probing by alien experimenters. And the sensations of floating and flying account for the reports of levitation and transport to alien vessels.''

Sleep paralysis can’t completely account for all tales of alien abduction, however. While many accounts do see the ‘abductee’ woken from a slumber and taken away, many more report being snatched and examined in the waking hours of the day.

So while it looks likely that night terrors possibly do explain some close encounters, they can’t account for all of them. There could well be a much darker, much more real reason for these ‘day terrors’. As ever, many people will look to the skies for an explanation.