Are we living in an alien-run computer simulation 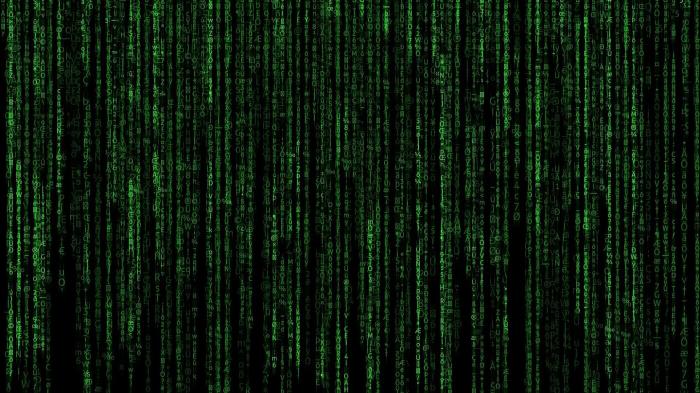 You’re born, you grow up, you get a job, you raise a family, you grow old and then you die. It’s a rather glib assessment, but that’s life. Sure, there’s plenty that happens to us in between, but that’s it, really. It’s a pretty straightforward affair. We’re a meaty collection of atoms and cells that plods about keeping busy until we stop.

That’s what we all assume, anyway. But what if we’re wrong…?

What’s really ‘real’? Is the screen you’re reading these words on ‘real’? Was your lunch ‘real’? Are you even ‘real’?

What if we’re all just imagining it? By ‘it’ we mean life. What if life as we know it is an illusion? A simulation? It may sound ridiculous, but there’s more to this idea than you might think.

The concept that life is merely an emulation, a computer-generated fiction, is known as The Simulation Theory. The concept has it that everything that we think, do, believe, say and basically are - it’s all a mirage. A fantasy. A crazily sophisticated computer game being played by advanced beings.

Sound familiar? Well, quite. Some of us remember going to see The Matrix in the cinema 22 years ago. The central plot of which explores The Simulation Hypothesis in some depth.

Those proponents of Simulation Theory are convinced that ‘life’ isn’t real, essentially. Here are some of the main things they point to when explaining themselves and why the idea isn’t quite as fanciful as it might first seem:

Oxford Professor Nick Bostrom’s 2003 paper ‘Are we living in a computer simulation?’ is a key text here. In it, he argues that human beings have got so adept at creating technology that can replicate reality that we can’t be sure we aren’t living within a simulation. Given that if humans have managed it, another species in the universe may have also done so. And we may be the product of that.

Bostrom doesn’t call for panic if the admittedly wild idea is true. In fact, he says we should be pretty chilled out about it…

“Supposing we live in a simulation, what are the implications for us humans? The implications are not all that radical. Our best guide to how our posthuman creators have chosen to set up our world is the standard empirical study of the universe we see. Properly understood, therefore, the truth should have no tendency to make us ‘go crazy’ or to prevent us from going about our business and making plans and predictions for tomorrow.”

Are you gonna argue with Descartes, Kant and Plato?

It’s tempting to write off talk of a ‘matrix’, given that advocates for the hypothesis are - Bostrom apart - generally a gang of stereotypical nerds and conspiracy theorist figures. It’s a whole lot harder to scoff at and dismiss the concept when you learn that it’s all deeply rooted in established and respected philosophy.

René Descartes’ Meditations on First Philosophy was published in 1641. In it, the French polymath discusses the possibility that life may well be illusory. ‘What Can Be Called into Doubt’ is his first meditation where he puts forward the idea that everything must be challenged. He argues that things seem real in our dreams, but they’re not. So we can never truly know how authentic - or inauthentic - our conscious lives and existences are.

Immanuel Kant's Critique of Pure Reason argues that because humans interpret their surroundings through biased and unreliable means such as language, we can never fully distinguish truths from falsehoods. Plato also wrote about the lack of reliability in what we perceive, especially in his work Republic, where he presents his semi-famous cave allegory. Many of history's greatest thinkers have ruminated that existence could well be vastly different from how we understand it.

Of course, plenty of folk in the scientific and philosophical communities call hooey on the notion. While acknowledging it in terms of possibility and theory, they pour water on Simulation Theory for one major reason (other than the sheer unlikeliness of it all…).

For millennia, humans have explained our existence using religion. We have created gods to explain our reason to be. God is ‘The Great Creator’. Intelligent design is reassuring. The random chaos of the alternative, ‘more scientific’ explanation is more unnerving. Mankind may well have cooked up Simulation Theory as yet another way to explain our existence.

Despite its dystopian nature, the idea of our lives being figments of some vast otherworldly game is oddly calming. If nothing is real, nothing matters. Pain and suffering are only theoretical. You don’t need to cut the grass on Sunday morning. It isn’t really there.

What do you think? Is life real? Or is it all just one long computer game being played by lifeforms in the deepest reaches of the universe? How do you even know that your opinion on the subject is your own and not just code? Your thoughts right now may just be a string of 0s and 1s...