Bible mysteries that could be explained by aliens 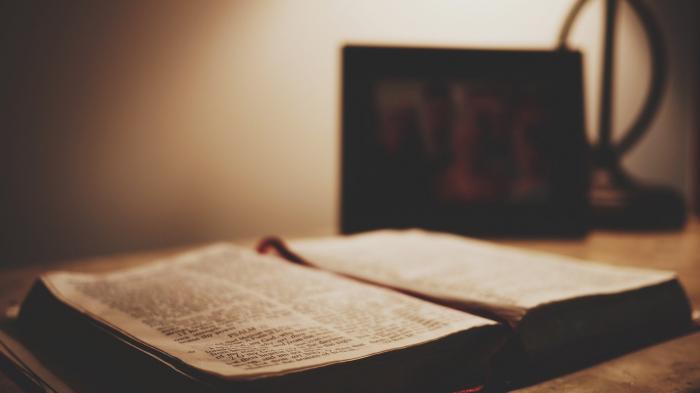 To Christians, their holy book is the gospel truth. As you might expect. For them, the Bible is, an accurate collection of tales that explains how we came to be. Those that don’t believe the bible to be factually correct are often quick to point to inconsistencies or oddities within the text. Their conclusion being that the Bible is basically just a collection of made-up stories and fables.

There is, however, a smaller subset of folk that believe that a large portion of the Bible is accurate but that some of the more ‘out there’ parts can be explained by the presence and influence of extraterrestrials.

Blaze’s Ancient Aliens has previously touched on the idea of aliens making their presence known in the bible. So let’s dive into the Good Book to explore some of the biggest mysteries within and try to work out just how ancient aliens could have played their part…

Were the ‘Nephilim’ actually giant extraterrestrials?

So they brought to the Israelites an unfavorable report of the land that they had spied out, saying, ‘The land that we have gone through as spies is a land that devours its inhabitants; and all the people that we saw in it are of great size. There we saw the Nephilim and to ourselves we seemed like grasshoppers, and so we seemed to them.’

According to the books of Genesis, Numbers and Ezekial, the ‘nephilim’ were a group of enigmatic and mysterious ‘people’ of a really quite huge size. They’re referred to as ‘sons of God’ and were regarded by many as supernatural in origin. Some biblical scholars believe them to be demons or fallen angels, others just say they were large men and feared warriors. To a few, they may well have been aliens. Or, at least, part alien, anyway.

One theory that exists suggests that these enormous beings were alien-human hybrids, the products of union between human women and extraterrestrials. They were thought to stand up to eight metres high at their tallest.

There’s no solid evidence for the existence of such creatures, but one thing that is quite curious is that tales of giants originate across almost all ancient cultures and civilisations. Which lends some credence to things. Whether or not they originated from outer space, though, remains to be proven.

The Spaceships of Ezekiel

‘Then I looked, and behold, a whirlwind was coming out of the north, a great cloud with raging fire engulfing itself; and brightness was all around it and radiating out of its midst like the color of amber, out of the midst of the fire. Also from within it came the likeness of four living creatures. And this was their appearance: they had the likeness of a man. Each one had four faces, and each one had four wings.’

We immediately revisit The Book of Ezekiel and The Vision of the Throne-Chariot (1: 4 - 28), which sees the prophet Ezekial have a vision of God in the sky. But this was unlike any other vision that any other prophet had had. This was much more like a modern UFO/alien sighting.

It’s not just ancient alien types who buy into this UFO theory. In 1974, the esteemed and respected NASA engineer Josef F. Blumrich wrote The Spaceships of Ezekiel, a book postulating that Ezekiel's vision was, in fact, that of a visiting alien spacecraft.

Was Noah and alien?

Noah was famous for his ark. Gathering up two of every species on the planet and fitting them all onto a giant wooden ship he’d built himself was no mean feat, after all. But that’s not the only extraordinary thing about the man.

According to the famous Dead Sea Scrolls, as a baby, young Noah had ‘glowing’ skin and an ability to light up a room with his eyes. Noah’s father Lamech questioned whether or not the child is his and openly questioned his wife.

Was Noah’s ‘real father’ from another planet...? Some ancient alien theorists suggest that would explain his ethereal appearance and even why God chose him to help when he enacted The Great Flood (he was ‘a higher being’ and, as such, didn’t carry the sins that other humans did).

None of these mysteries are likely to be solved any time soon, so don’t hold your breath waiting. Are any of these theories likely to hold water? It’s hard to say. They’re certainly interesting to consider, anyway.