'The Covid Relief Bill': What could it mean for UFO fanatics? 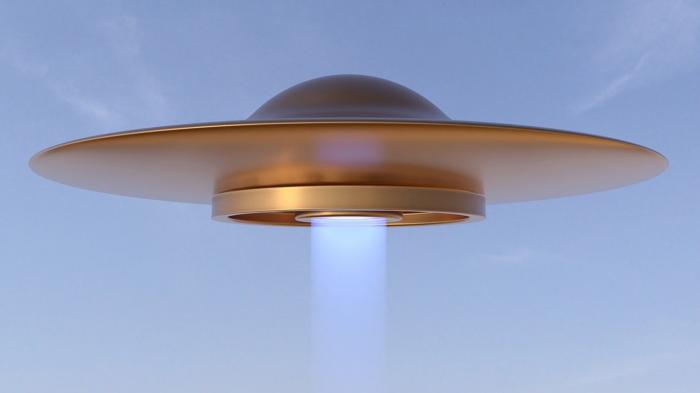 With the Covid virus - and the US government’s response to it - shutting down large swathes of the country in 2020, something needed to be done. And fast. The economy was grinding to a halt and plenty of Americans were feeling a pinch so strong they could see the bruising spreading by the minute. Financial stimulus was needed and it came on the day that the then-US President Donald Trump signed an appropriations bill that was to be known, rather unimaginatively, as ‘The Covid Relief Bill’.

Not only did it help the wallets and bank balances of millions of American citizens, it also did something else… It began a countdown for all US intelligence agencies to disclose precisely what they know about UFOs to Congress.

Weird, right? Well, yeah. It's complicated but here's the basic way it works: The huge spending bill (it totalled over five and a half thousand pages) was mostly a fiscal report, a plan on how to tackle the issues caused by mass lockdowns and the like. But written into it were a few little side issues. The one that stands out, rather obviously, is the one about unidentified flying objects.

The part of the bill we’re talking about is called 'The Intelligence Authorisation Act for Fiscal Year 2021'. It's a directive from the Senate Intelligence Committee that instructs the Office of Naval Intelligence, the Unidentified Aerial Phenomena Task Force and the Federal Bureau of Investigation to reveal any and all detailed analyses of UFO information, data and intelligence. Effectively, the shadier parts of the US government have to open up their X Files for all and sundry to have a good ol’ poke through.

So we’re very shortly going to see proof of alien life, eh? Well, quite probably not. We don’t want to burst your extraterrestrial bubble here or anything, but it seems highly unlikely that anything released will be quite that juicy.

Just how much will this upcoming report detail? Well, it's hard to know until it's out, but it's expected that all relevant dossiers and reports on 'advanced aerial threats', 'unidentified aerial phenomena' and 'anomalous aerial vehicles' are to be taken out of storage and given to Congress. It will then all have to be made public.

Ex-intelligence director John Ratcliffe is confident that what's revealed in the data dump will be big. He said this to Fox News in an interview earlier in the year:

'Frankly, there are a lot more sightings than have been made public. The report could document sightings from all over the world. There are instances where we don’t have good explanations for some of the things that we’ve seen. And when that information becomes declassified, I’ll be able to talk a little bit more about that.'

Ratcliffe went on to add: 'We are talking about objects that have been seen by Navy or Air Force pilots, or have been picked up by satellite imagery, that frankly engage in actions that are difficult to explain, movements that are hard to replicate, that we don’t have the technology for or are traveling at speeds that exceed the sound barrier without a sonic boom. There’s actually quite a few of those. And I think that that information is being gathered and will be put out in a way the American people can see.'

Ufologists have been collectively - and metaphorically, we might add - holding their breath since word spread that the bill was signed by Trump back on December the 27th 2020. There is, of course, a chance that some serious information will come to light that changes the way humanity thinks about aliens. That said, the reports could suggest that any and all UFOs have been the work of various air forces across the world.

Senator Marco Rubio is the vice chair of the Intelligence Committee. He's recently claimed that the idea that we are not alone in the universe concerns him far less than the prospect that such craft are actually piloted by other countries, countries which may not be allies of the United States.

'The bottom line is if there are things flying over your military bases and you don’t know what they are, because they aren’t yours and they are exhibiting - potentially - technologies that you don’t have at your own disposal, that to me is a national security risk. And one that we should be looking into,' Rubio said.

Hopefully, we’ll hear some interesting things when the reports are in and American news outlets release the findings. Call us cynics, but we’re not expecting much. There may be the odd interesting morsel, video clip or story. But even with a decree from the President and a demand from Congress, somehow we can’t quite see the US intelligence services ponying up all of the goods. After all, it’s fairly easy to ‘lose’ a few files on the bus from The Pentagon to the Capitol Building, isn’t it...?

Let’s not forget that back in 2017, those same agencies began drip feeding the JFK assassination files. Tens of thousands of reports and documents were unredacted and declassified. And what did the world learn? Next to nothing.

Still, we live in hope. Let’s wait and see what comes out...