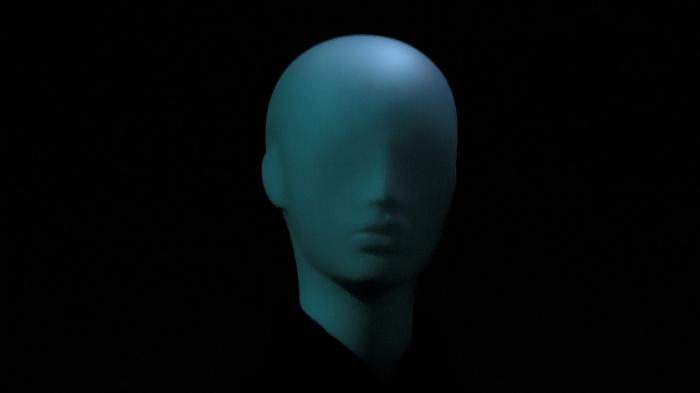 ‘Weird’ doesn’t necessarily mean impossible, though. Lots of utterly bizarre-sounding things happen all the time. Caterpillars turn into butterflies. The fella from the US Apprentice just spent four years in The White House. Is it really so incredible that extraterrestrials may have visited us…?

The notion of UFOs being alien craft might be credible, but these ideas here? Well, they stretch credulity to near breaking point. See what you make of them:

The Nazis used alien tech to develop their own UFOs

For a seemingly pragmatic - albeit ludicrously murderous - dictator, Adolf Hitler was strangely drawn to the occult and the paranormal. In fact, the entire Nazi Party was somewhat fascinated by the esoteric (it turns out that The Raiders of the Lost Ark wasn’t total fiction). One pervading conspiracy theory claims that there was a secret branch within the Nazis dedicated to creating flying saucers.

While it may seem like a fairly straightforward mission to create a new aerial weapon ship, plenty of folk believe there to be extraterrestrial trifling involved. The 1960 book ‘Le Matin des Magiciens’ (‘The Morning of the Magicians’), by writers Louis Pauwels and Jacques Bergier, suggests that Nazi Germany developed a fleet of spacecraft (with extraterrestrial intel) in order to fly into space and meet with an alien race with which it had been communicating.

After the war, the scientists working on the project - apparently - disappeared to Antarctica to continue their research. And then strolled into Hollow Earth to meet the aliens who, it turned out, were actually living inside the Earth the whole time.

Hey, it could have happened.

‘The Dyatlov Pass Incident’ was caused by UFOs

On February the 1st 1959, nine experienced Russian hikers died in mysterious circumstances while trekking in the Ural mountains. No formal account for their deaths has been given by Russian authorities, although causes of death have been offered up (hypothermia and ‘physical trauma’). In time, ‘The Dyatlov Pass Incident’ has become the most talked-about and speculated upon of all conspiracy theories in the country.

Lots of explanations have been offered down the years, including: extreme katabatic winds, avalanche, animal attacks, infrasound-induced panic, even some sort of nefarious military involvement has been suggested. The theory we're most interested in, however, is the one that suggests that the hikers were attacked from the sky with some sort of superweapon. By aliens.

The part of the northern Urals where the group died is known as something of a UFO hotspot. In fact, the trekkers themselves had actually reported sightings while out on their expedition.

“It’s not a coincidence that UFOs were reported by these hikers in the Ural mountains,” ufologist Philip Imbrogno, once told Ancient Aliens. “I believe that many UFO sightings come in here from a parallel reality and they come from portals. This area may be a hot portal.”

No, not the electric car guy. That’s Elon Musk. Nikola Tesla was a Serbian scientist, inventor and engineer credited with tons of important discoveries and innovations, not least of which sees him as almost the de facto inventor of modern electricity.

Anyway, famed man of science Nikola Tesla spoke to aliens. Or at least claimed to have, anyway. Back in 1899, he was working on a wireless power project in Colorado and, well, we’ll let the man himself take the rest of the story up:

"I have a deep conviction that highly intelligent beings exist on Mars," Tesla told a journo from The Albany Telegram some two and a half decades later. "While experimenting I obtained extraordinary evidence of the existence of life on Mars. I had perfected a wireless receiver of extraordinary sensitiveness, far beyond anything known and I caught signals which I interpreted as meaning 1-2-3-4. I believe the Martians used numbers for communication because numbers are universal."

Tesla never showed anyone his ‘extraordinary evidence’, however.

In recent years, a new hypothesis has surfaced concerning Tesla’s close encounter. According to the theory, Tesla was actually contacted by an alien artifact that’s been flying about the Earth’s orbit for some 13,000 year old. Something known in ufology circles as ‘The Black Knight Satellite’.

According to the idea, the Black Knight sits in space monitoring us and decided to have a chat with Nikola one day. Presumably because he’s so smart. Or the ETs running it were just bored. Who knows?

Where do you stand on those seemingly outlandish theories? Daft or possible...?