Were these famous archaeological sites built by aliens? 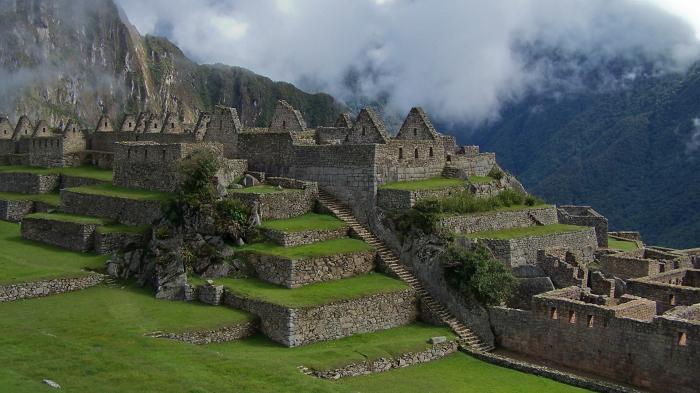 Viewers of Ancient Aliens will be more than familiar with the theory that states that extraterrestrials just might be responsible for the design and construction of some of the world’s most famous early buildings and monuments.

The highest-profile example of this idea comes, of course, in the shape of the Pyramids. Some folk are adamant that the historic conoid temples of Egypt’s past were not built by human slave labour, but are - instead - the work of beings from another planet.

The Pyramids of Giza are not the only Earthly things theorised to be the design of ET & Co. Here are some other high-profile examples...

The origins of Wiltshire’s world-renowned ancient neolithic monument is the source of much contention. The ring of enormous standing stones are thought to date back to 3,000 - 2,000 BC, but because their exact origins are unknown, theories have swirled around as to how they came to be for years.

The Swiss author Erich von Däniken’s famous 1968 book Chariot of the Gods postulates that Stonehenge was, in fact, the work of aliens. He claims that not only is it a model of the solar system (something folk in the Bronze Age would have been ignorant of), it doubled as an alien landing pad. It was a hard sell, but Erich got a lot of people on board with his controversial theory.

No, we’re not suggesting that aliens are behind Pokemon - we’re referring to the Incan citadel that stands in Peru. An instantly recognisable landmark, it’s thought by some not to be the work of the Peruvian Incas at all… but of lifeforms from space. Why? Well, it’s all in the rock layout of the spectacular 116 square mile fortress.

'Sometimes there are three levels to the construction - the bottom level has massive, gigantic, megalithic blocks as big as railway wagons; the middle about half a size smaller. And at the top, brick-sized stones are just thrown up there. That makes no sense,' Ancient Aliens legend Giorgio Tsoukalos has said on the show before.

‘Rapa Nui’, as it’s known in its native Spanish, is an island territory off the coast of Chile, in the southeastern Pacific Ocean. It’s a 63 square mile patch of land with a population of around 8,000 people, but no one cares much about any of that. What people do care about, quite rightly, are the 900 enormous face-shaped stones that litter the island.

Standing up to 30ft high and weighing in anywhere up to 80 tons each, there are another 400 or so stones in varying stages of completion too. That’s a lot of huge cleverly-carved monuments on such a tiny little dot on the map. But who put them there?

The indigenous people of the island say that the ‘Moai’ ‘walked’ down from the volcano. Captain Cook, the first westerner to see the statues, was stumped. Erich von Däniken, of course, postulates that they were put there with a little help from up above.

Pronounced 'Sac-sigh-wha-man’, this is another entry from Peru. Which either proves that aliens really like that particular corner of South America, or that ancient civilisations from Peru were just really smart, master masons.

This giant dry stone wall structure is a UNESCO World Heritage Site in the city of Cusco. The giant, intricately placed stones consist of four walls, with each stone weighing an incredible 100-200 TONS. They’ve been found to have originated from some 20 miles away from Cusco. How did hundreds of stones weighing an average of 150 tons make the journey and be cut with mathematical and laser precision? That’s the question...

So, then. What do we think? Otherworldly? Or just impressive work from our ancestors? Well, unless aliens drop in on us and fill us in on whether they have or haven’t involved themselves in the building of complex architecture across history, it’s unlikely we’ll ever know for sure. Unless any of you know an alien and wouldn’t mind dropping them a text and asking.

If you find out, let us know.