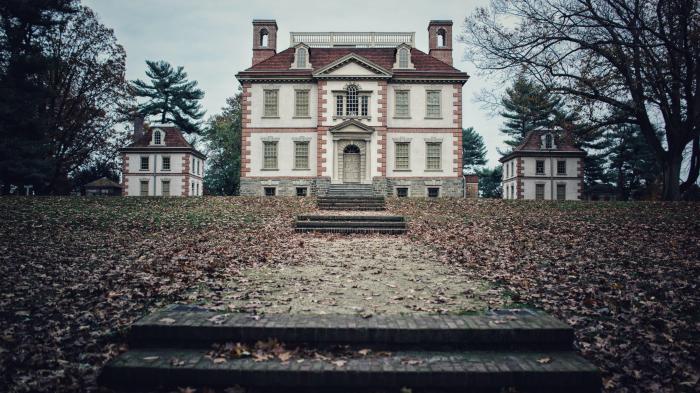 As the nights draw in and the days are getting cooler, you’d be forgiven for thinking that shiver down your spine was just the chill of the autumn air. But as autumn sets in and the veil between the living and the dead thins in anticipation for Halloween, you might just begin to wonder if the reason for your sudden chill might just be a little more paranormal.

Whether you’re trying to avoid a run-in with a distressed spirit, or you’re on the hunt for a ghost, we’ve put together this list of the top five most haunted houses in Britain.

The family home of the ill-fated queen Anne Boleyn has a series of familiar spirits that visit the house from time to time. Anne herself is said to appear on the anniversary of her beheading. Riding in a horse-drawn carriage with a headless driver, Anne is sat with her head on her lap.

Another resident that has been seen returning long after their death is Anne’s father, Sir Thomas. Cursed for allowing two of his children to die, Sir Thomas must cross 12 bridges before the crow of a cockerel. His ghost can be seen frantically travelling across Norfolk in an attempt to beat the crowing of the cockerel.

In the 1980s a film crew descended upon Newton House in Camarthenshire in an attempt to capture evidence of the ghostly residents. While unsuccessful in capturing any concrete proof of the ghosts said to walk to halls one of the cameramen had a paranormal experience that no one expected: he experienced the sensations of hands wrapping around his neck. One explanation for this experience takes us back to Lady Elinor Cavendish, a resident at Newton House in the 1720s.

Forced into an arranged marriage against her will, Lady Elinor escaped to her family in Newton House. Her story ends in tragedy however when her betrothed followed not long behind, breaking into the home and strangling her.

Based in Berkshire, The Ostrich Inn is one of the oldest pubs left in Britain. Dating back over 900 years to 1106. With such an extensive history it’s unsurprising then that modern-day punters have heard more than one thing go bump in the night, but who are these restless spirits that haven’t passed on to the next plane?

In the 17th century, the pub was the site of over 60 brutal murders. The landlord, Mr Jarmin, and his wife Mrs Jarmin weren’t happy with the income that their coach house offered. So when M. Jarmin spotted a wealthy traveller who had stopped at their inn alone, he would tell his wife that he had a ‘nice fat pig’. His wife would reply telling her husband to ‘put him in the sty’. That night, as the traveller slept none the wiser, a trapdoor opened beneath their bed, dropping them into a vat of boiling water. The couple’s crime spree came to an end when they murdered the wrong guest, dumping his body in a nearby brook, drawing attention to their crimes. They were discovered hiding in the forests of Windsor and confessed to the murder of over 60 patrons, and were hanged for their crimes.

Other rumoured guests that may still haunt the establishment include King John who stopped by on his way to sign Magna Carta, and infamous highwayman Dick Turpin.

This Elizabethan townhouse in the centre of the Welsh town of Conwy might look idyllic, but behind its welcoming facade is the tragic story of its ghostly inhabitants. The home belonged to Robert Wynn and his young family. When Robert found both his wife and child unwell he called for the local doctor to come and treat them. However, when the doctor failed to save his family, Robert ensured that the doctor never left his house again. Now both the Wynn family and their unlucky family doctor are said to be permanent residents.

Based close to the ancient Neolithic stones of Avebury, the Red Lion Public House is home to the ghost of Florrie, who met her tragic end within its walls. When Florrie’s husband, the landlord, left to fight in the English Civil War, he believed she’d wait for him. Instead, Florrie took herself a lover to occupy her nights. When her husband came home, he was so shocked to find Florrie in the arms of another man that he shot Florrie’s lover before stabbing her to death and dumping her body down the well.

If you were to visit the Red Lion Public House today, you might spot Florrie as she tries to escape her fate through the courtyard. The well where her body was disposed of still stands and is now a glass-topped table! Not a lunch location for the squeamish.