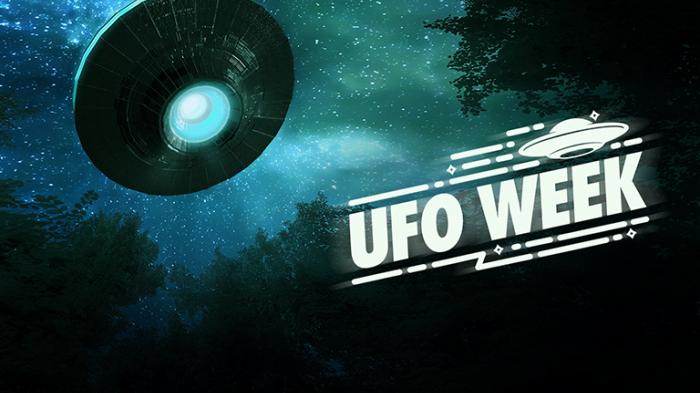 A nationwide survey reveals that 11% of the British public think they have seen a UFO, how 26% believe aliens exist and more than half agree that intelligent life exists somewhere in the universe.

The survey of 2,000 UK adults was undertaken by TV channel BLAZE ahead of a week of programmes dedicated to UFOs, aliens and the extra-terrestrial. UFO Week takes place from Monday 22nd March, with brand-new TV shows exploring whether we are alone in the universe or if aliens have been visiting Earth.

Statistics point to common beliefs that intelligent life exists beyond our world (56%) and that the government is withholding important information regarding UFOs. Public confidence in world leaders to deal with an alien invasion is low, with 15% believing that aliens will likely dominate Earth in the next 20 years.

Nick Pope is a former Ministry of Defence UFO investigator with 21 years’ experience working for the British Government and has been advising BLAZE for UFO Week.

Nick said: “2021 is going to be a big year for UFO stories, particularly with the US Department of Defense due to reveal UFO information following the enactment of the Covid-19 Relief Bill - which included a demand that the Director of National Intelligence send Congress a report about UFOs. This survey demonstrates that beliefs in UFOs and the extra-terrestrial are widespread and that there is a real appetite among the general population for evidence to be made public.”

More than a quarter (27%) of those surveyed think that the UK Government should have a war or battle plan in place for a potential alien invasion, and nearly a third (31%) feel there should be a dedicated task force for dealing with extra-terrestrial threats.

Confidence in world governments to deal with a potential alien invasion is low, with well over half of those surveyed (58%) believing that our current leaders are unsuited to such a task.

Nick Pope’s governmental duties included investigating UFO sightings to determine whether they had any defence significance from 1991 to 1994.

Nick added: “As far as I am aware, no such UK government plan to deal with any alien invasion or extra-terrestrial contact exists. As such, the public’s lack of confidence in the government to respond effectively to a UFO incident is both fair and concerning.”

The Roswell incident in 1947 is the most famous example of suspected UFO activity in recorded history and is explored in depth in the UFO Week programming.

A quarter (25%) of the UK public think that the US authorities participated in a cover-up at Roswell due to the belief that the public “wasn’t ready for the truth to be revealed”.

29% of those surveyed think the UK Government is keeping important information relating to UFOs and aliens secret, and a third (33%) believe that aliens could already be living amongst us. 15% believe there is a good chance that aliens will dominate Earth in the next 20 years.

Panic and fear would be the most dominant reactions (52%) if aliens were proven to be visiting Earth, while fewer than one in ten (9%) would feel excited and happy. 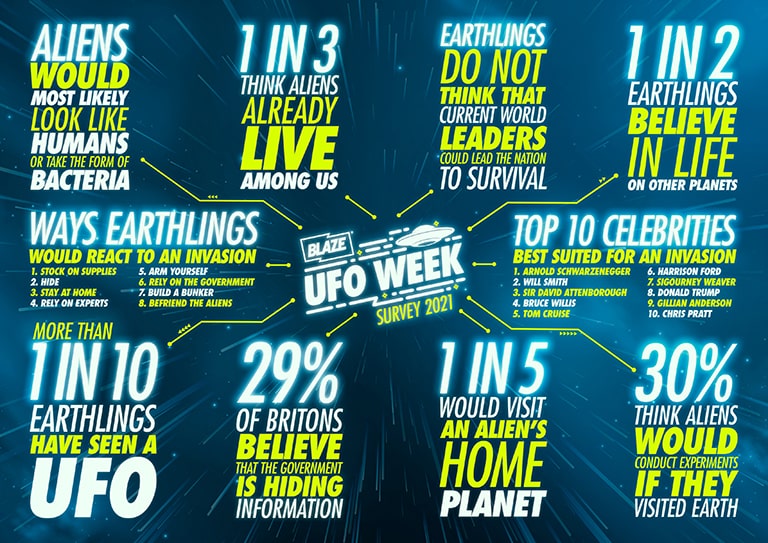