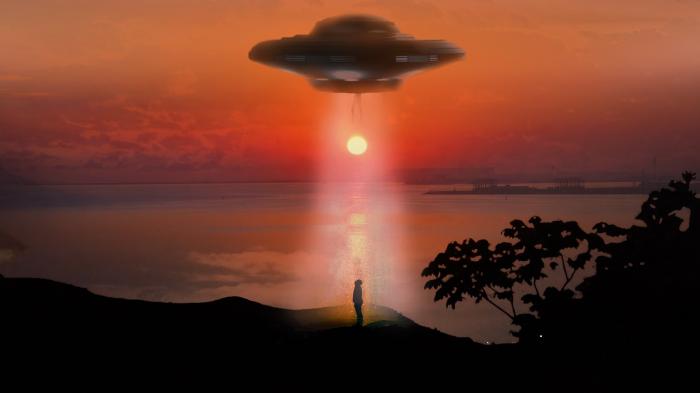 “We have already opened our doors to monsters. They have arrived.”

– Terry Lovelace, from his book Incident at Devil’s Den: A True Story

Listen to his story and you’d be forgiven for dismissing Terry Lovelace as something of a crank. Find out more about the man and even the most cynical of sceptics may start to doubt their initial disbelief.

It’s hard to go all in and take Mr. Lovelace’s tale as 100% accurate. Only, to do so, you’d have to rewrite almost everything you know about how the world - and, indeed, universe - works. If there’s even some truth in his testimony, however… Well, we’ll let you decide...

He’s 67 now. A retired attorney and former Assistant Attorney General, the man spent decade after decade as a noted and respected member of his community. But for more than 40 of those years he harboured a secret. One he, probably quite rightly, assumed would destroy his career and standing in society were he to reveal it.

Terry Lovelace was, he says, repeatedly abducted by aliens, fitted with a tracking device and experimented on. His story starts way back in 1977.

In the summer of ‘77, Terry was working as an EMT for the US Air Force at Whiteman Air Force Base in Missouri. One weekend in June, he and a colleague took leave for a couple of days and nights and went to enjoy Devil’s Den State Park in the northwestern Arkansas Ozarks. As they chatted and ate over the campfire on the first evening, Terry and Toby suddenly saw a blue light whizz into view. Soon, the craft from which the light emanated came into view. It was some five storeys high, a black triangular prism. A laser beam shot out and bathed the men in light.

Terry described in greater detail in a passage in a book he wrote about what happened on that fateful night:

'They slowly rotated as if on an axis. All the while they maintained their perfect triangular configuration. The points of light grew brighter as they crawled upward. The triangular formation grew larger and sped up a little, blocking out entire fields of stars as it climbed. It came to a halt directly over our heads, it was like someone cut a giant triangle in the sky.'

Both then awoke some time later, the craft now hovering in the field next to them. Under it, what appeared to be a group of children. 'What are these kids doing out here in the middle of the night?' Terry asked Toby. 'They aren’t little kids. Don’t you remember they took us and they hurt us?' Toby replied.

Vague memories of being aboard the ship flicked through Lovelace’s mind, but he couldn’t properly piece together what had happened. Both men suffered quite severe burns and dehydration and were hospitalised for a couple of nights. They were soon interviewed by special agents from the US Air Force's Security Police, specifically their OSI (Office of Special Investigations) division. After that, for the sake of their jobs, reputation and sanity, the two friends decided not to talk to anyone else about what had happened to them.

The bizarre and terrifying incident may well have gone to both mens’ graves were it not for a routine X-ray back in 2012. During the procedure, doctors found something implanted deep into the tissue: a strange piece of metal with two wires attached. An implant, perhaps?

'I’ve had 40 years’ of nightmares. I still have a phobia of crossing open ground. I still sleep with a light on and a gun beside my bed.' While still a somewhat tortured figure, Lovelace does - at least to some degree - feel vindicated by recent acknowledgements and admissions made by the United States government and military regarding UFOs. 'I’ve got a long list of people that I’m going to email and say, "I told you so."'

How much truth there is to this specific story it’s impossible to truly know. All we can say is that Lovelace is a pretty reliable witness and stands to gain very little from lying so brazenly. That said, who knows? Perhaps the man merely has a very vivid imagination.