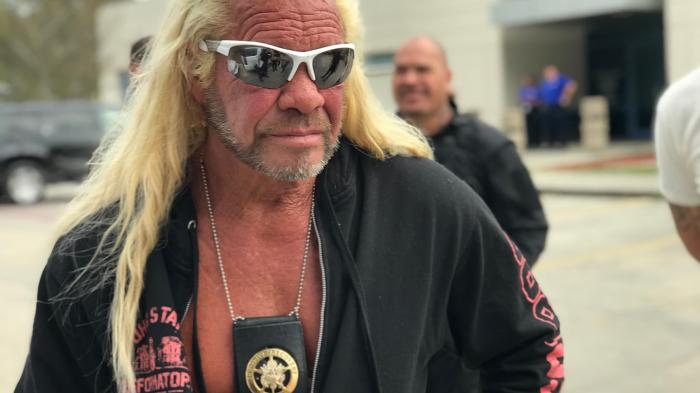 Dog the Bounty Hunter is a former bail bondsman turned bounty hunter and colourful character who first came to public attention in 2003 when he made international news by capturing Max Factor cosmetics heir Andrew Luster.

Since then, Dog has never looked back, starring in several TV shows that see him tracking down bail outlaws in America. In his latest series, Dog’s finding fugitives and taking names, and in his words, ‘Making America Safe Again!’.

Blaze grabbed ten minutes with Dog otherwise known as Duane to talk about life as a bounty hunter and some of the most dangerous situations he has faced in his 40-year-long career.

Blaze: So, what's your favourite thing about being a bounty hunter?

Dog: I think I'm accomplishing something. When I arrest a real bad guy or bad girl, I’m doing something for humanity. And afterwards, I try to help the person that I apprehended to go back to being a productive member of society. You feel like you did your job and you take pride in yourself.

Blaze: What is your least favourite thing about being a bounty hunter?

Dog: My least favourite thing right now of course because of the Pandemic is everyone's wearing a mask so, that's getting very difficult to ID your perp.

Blaze: What skills are most important as a Bounty Hunter?

We may make twenty-five mistakes but the guy we're looking for only has to make one.

Blaze: What's the worst thing that can happen on an investigation?

Dog: If you lay eyes on that person and he gets away, that's a cock-up. Okay, that's only happened a couple of times in my career, and for that, you could get fired. You can also go to jail. If you kick in the wrong door: you're trespassing. If you point a gun at the girlfriend in the house: you're threatening. Cops don’t usually go to jail for things they do wrong, but bounty hunters do. So, we have to do it exactly right.

But the main thing is you can die. Three or four months ago, a bounty hunter here, made a mistake. And he did something he shouldn't have done when he was pursuing someone and he was shot. He was wearing a vest but unfortunately, bulletproof vests ride along the collarbone of your chest and the bullet hit that edge in his neck. It killed him right there.

Blaze: What sort of training do bounty hunters get?

Dog: I've been doing this 42 years and back then if there was a price on somebody's head the police didn't care who caught him as long as they were brought in. But today you have to take a lot of courses and there are lots of rules and laws because of the popularity of the show.

Dog the Bounty Hunter came out in 2003 and so a lot of people said 'Oh, I can do this too,' even though we warned in each episode, 'Don't try this at home'. So, because of that, all these different types of people wanted to become bounty hunters and they had to start legislating and issuing licenses.

Blaze: How long does this bounty hunting training take?

Dog: Well, I would think it should take a couple of years. In the first six months, you learn what is a warrant, what this paperwork is for etc. But the best training of all is in the field.

Blaze: What's the most dangerous situation you've been on during the show?

Dog: Well, there's a lot. If a fugitive has a gun he may shoot you, or one of your teammates and that's a dangerous situation. In America right now, everybody's packing. So, it's getting a lot more dangerous to catch a guy.

Blaze: In the new series, one of the fugitives had a couple of bombs in their house

Dog: That's crazy 'I'm like oh my God, this guy's making bombs!' It wasn't like an American grenade, what he used to make the bomb - and I'm not going to say - is something you could pick it up in the UK.

Scary stuff! From bomb-making to perp-chasing, check out the new series of Dog the Bounty Hunter, only on Blaze.