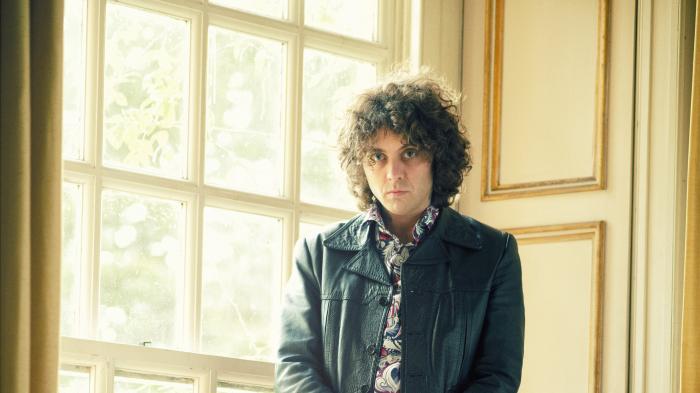 In brand new series Irish Pickers, self-styled vintage connoisseur and historical dealer, Ian Dowling and best mate Butzy travel the length and breadth of Ireland on the hunt for unusual objects and collectables that tell the story of Ireland’s past.

Dowling: ‘Picking is the art of buying items with the view to making a profit. For me, I like buying stuff that has a story attached. It’s not just about money but I also like to connect a piece with a new home. Hopefully, connect something that is unloved with somebody that will love it and treasure it for many years. And make a bit of profit along the way.’

Buying and selling collectables has been a life-long passion for the Dublin dealer who made his very first deal while still in primary school.

Dowling: ‘I've always been able to buy something for a pound and sell it for two or three pounds. The first thing I ever bought was a baby monitor from a parish fete. I bought it for 50p and I sold it for £35. And that was me hooked.’

Though Ian made his first pick in a church fete his advice is to seek out private collectors for the best deals. In the series Ian and Butzy visit stately homes, family businesses, private collectors, salvage dealers, and museums to find those unique items.

Dowling: ‘If you can get access to a collector or a hoarder that's the best way to get a bit of value. If you go to an auction especially, you're competing with other dealers and it's much harder to make a profit.’

Making a profit is the name of the game and the duo hit the jackpot in Limerick City at the collection of a former music promoter and nightclub owner. Amongst the pop memorabilia from U2 and Thin Lizzy, there’s a piece with links to a famous English actor and hell-raiser.

Dowling: ‘The biggest margin I made in the series was from a bar Oliver Reed used to frequent after he had moved to Ireland. There's a photograph of him standing beside it. I bought that for seven hundred and I sold it for five grand.'

A bar is just one of the quirky gems that Ian and Butzy pick in a series full of weird and wonderful artefacts. The Irish Pickers are always on the lookout for these rare, one of a kind items as it means they're more likely to turn a much larger profit. For instance, there was one item that Ian found on the wall of a pub that is absolutely unique.

Dowling: 'We found a petition from 1876 signed by noble folk, you can tell from the names and address that they have quite a good social standing. They were petitioning to have the law changed in 1876 to allow you to marry your dead wife's sister.

‘It's a really quirky piece and Ali (Ali Foy) – who manages the Dublin office and researches the provenance of items – looked into it a bit more and the law was changed a couple of years later. This petition may have actually brought about a change in the law, to allow you to marry your dead wife's sister.'

While there are lots of interesting objects of cultural significance in the show, the owners of these pieces are just as fascinating. In a show full of characters, one dealer particularly sticks out for Ian.

Dowling: ‘There was a publican and antiques dealer down in Dingle who owns Curran's pub down there. I don't know if you know Kerry folk, but they wouldn't want a young lad to come down from Dublin and beat them in a sense. He was probably the toughest negotiator, I came across, but I love that. There are so many interesting personalities out there and it's great to capture them.’

Ian’s art of the deal when it comes to negotiation with tough customers like the Dingle publican is pretty ballsy.

Dowling: ‘Number one rule. Really just go in with a low-ball offer. Go in so low that you should almost be embarrassed to ask. There might be shock and disbelief, but you flush out their response from the first. Then you can work out their bottom line and then you go from there and try and get a few bob off.’

The six best places to party on St Patrick’s Day

Picking is not just about buying it’s also about knowing the right time to sell and when to hang onto an item, especially when it has real historical significance.

Dowling: ‘I did have a Good Friday Agreement that I really regret selling and I'd love to find another. The one I had was signed by all the parties involved in the negotiations, John Hume, Mo Mowlam, Tony Blair everybody. A huge piece of Irish history. I sold that too quick.

‘I'd love to own one myself and if I can find another one of those - which is going to be very hard - I'd treasure it.’