To beard or not beard 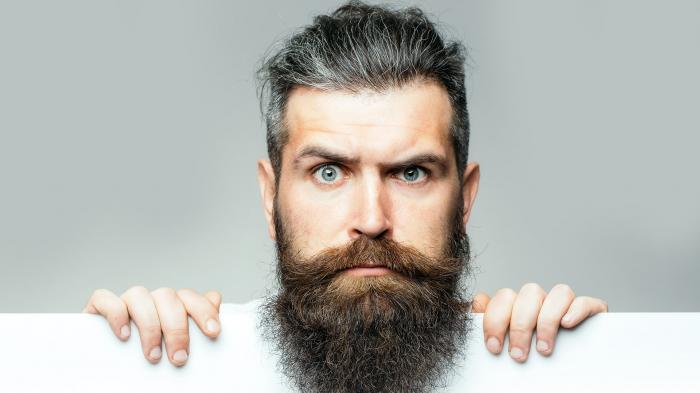 You never get a second chance to make a first impression, or so the saying goes, but how does a beard really alter people's perceptions of it's wearer?

Secondary sex characteristics are features that appear during puberty which are not directly part of the reproductive system.

They are believed to be the product of sexual selection for traits which give an individual an advantage over its rivals in courtship and aggressive interactions.

Facial hair in men is a secondary sex characteristic. Recent studies concluded that when shown a range of images of men in various stages of beardedness and non-beardedness, “heavy stubble” (the mid-point between clean-shaven and fully bearded) was deemed to be the most attractive stage.

In the most basic terms this is because clean-shaven men are seen as adolescent, fully bearded men are seen as dominant father figures, while heavy-stubblers are perceived as being in their sexual (and therefore reproductive) prime.

Except, we're not animals, right? We're not so easily swayed by these simple biological cues, even if scientific studies seem to suggest that we absolutely, demonstrably are. I mean it's not like stubble-faced celebrities are always deemed to be at their hottest... oh wait, yes they are.

Well okay, but it's not as though as soon as I became a father I grew a full beard... oh, yes I did, actually. Right.

Don't get too smug, stubble-face, because the same biological cues that may be setting hearts a-flutter could be working against you in other ways. In employment, for example.

A capable clean-shaven job applicant may be, at worst, viewed as inexperienced on some level, but malleable also and willing to conform and “fit in”.

A fully-bearded capable job applicant may be, at worst, seen as a person with their own opinions and values, but they are competent, mature, and dependable.

Stubble, on the other hand, may be seen as a sign of an applicant simply having not made the effort to shave (and therefore simple laziness, or disregard), or else vanity and self-importance (therefore not a “team player”).

Also, how are you going to get any work done when you're so busy being sexy? No thanks. Get out of my office stubble-face!

“So, what about all these young hipsters with their massive beards?” I hear you ask, “How do they fit in to this?”.

The cliché of a hipster is someone who liked anything and everything before it was cool; they've been there and done that long before you.

Nothing visually conveys “my experience vastly outweighs yours, I have been around for ages” more succinctly than a lengthy beard.

Biologically speaking, young men with large beards could be seen as overstepping the mark and making themselves appear less available as reproductive partners, but they are also making themselves seem more reliable, and self-assured than their beardless peers.

It could be argued that these characteristics are actually more important in the 21st century than the ability to reproduce.

It's also worth considering the fact that men can remain fertile into their 80s, so a beard – even a grey one – isn't so much a signal of a male past their prime, as it is a sign of true maturity.

Think of a stag and it's antlers, or a bull elephant and it's tusks;  these are secondary sex characteristics, just like beards, and they continue to grow throughout the animal's life.

Although facial hair may be considered to be in fashion right now there will, inevitably, come a time when beards are not cool.

You know what though? Some men will still have beards, because some of us just hate shaving. Oh, and we're really dependable and self-assured too, obviously.