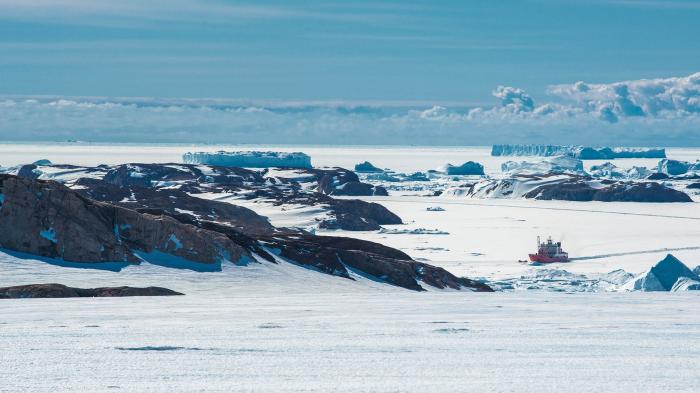 If there is one thing that Mountain Men has taught us, it’s that when it gets cold, a real hero will deal with the situation.

This week, our search for the world’s greatest Mountain Men takes a gruesome turn with arguably Britain’s greatest living explorer, as we take a look at a heroic, yet barbaric moment from national treasure, Sir Ranulph Fiennes.

After attempting to walk alone and unsupported to the North Pole, Fiennes suffered severe frostbite to his fingers. The pain was unbearable, even for a seasoned explorer like Fiennes.

Fiennes had been a member of the British Army, had conquered glaciers and found lost cities, but his frozen fingers created a living hell.

“They [doctors] don’t operate or amputate properly until five months after the accident, so, to stop the pain, I bought a black and decker and a micro blade,” said Fiennes.

What makes a great Mountain Man? Hustle, loyalty and respect. This is the story of Britain's icy hero, Ernest Shackleton. https://t.co/PFZB2cf7L2

“I went to my garden and my wife bought me cups of tea. It took two days to get through the thumb.”

In a later interview with the BBC, Fiennes candidly told the presenter, “My late wife said I was getting very irritable,” and you can understand his undoubted frustration.

Welcome to the world of Sir Ranulph Fiennes, fearless, brave, spontaneous, self-sufficient, trusting and damn right mad. By the end of the ordeal, Fiennes had removed every tip from every finger on his left hand.

It’s not just lost fingers that he’s known for however. His list of achievements includes being the first and only man to circumnavigate the earth through both poles, the first man to walk across the Antarctica unsupported, and he’s also run seven marathons in seven days on seven continents.

Like all great Mountain Men, there is a timelessness to Fiennes. At his very core, he’s an explorer who would be as comfortable in Colombus’ crew that sailed the Atlantic as he would in Shackleton’s Antarctic team. For Fiennes, it’s about the adventure and the challenge of the unknown.

So forget James Franco in 127 Hours, there’s something very relatable to Fiennes’ finger horror story. The trip to B&Q, the English garden, the cups of tea, this is a world we know. Fiennes is not so different from you or me.