Ernest Shackleton, a Mountain Man if there ever was one 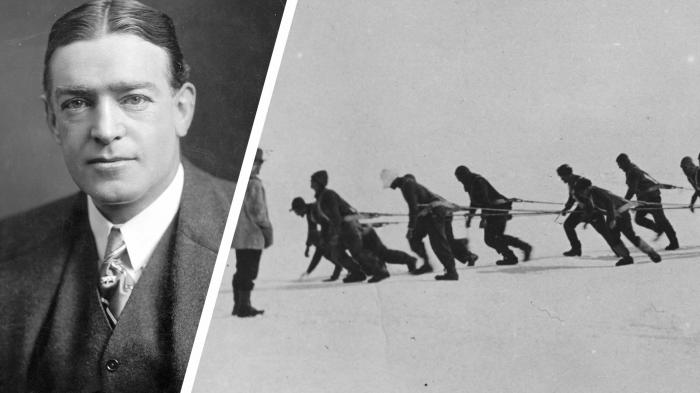 On the 5th of January 1922, Ernest Shackleton the legendary adventurer who thrilled Britain in the early stages of the 20th century died.

To mark the occasion we have decided to tip our woolly hat to certainly one of the greatest Mountain Men the world has ever seen. Shackleton was a hero who exuded cool even in the chilliest of temperatures, and whose daring and courageous feats deserve to be immortalised forever.

He was a charmer, he was handsome, and a natural leader of men. For many, he was the greatest Polar explorer of the 20th Century.

His most daring adventure, an attempt to cross Antarctica in 1911, perfectly sums up both his strengths and character. In the midst of their daring mission, Shackleton’s expedition ship Endurance found itself in a spot of bother. Stuck in the ice, the 28-man crew were trapped and unable to move free.

The mission was clearly over, but far more importantly, lives were on the line.

As the cold set in, food supplies began to dwindle and certain death stared them in the face. As the end became a reality, Ernest pulled up his boot straps and headed out into the night on a small open boat.

With just five others on board, Shackleton was able to sail to South Georgia and get a rescue team together. The plan worked, as not a man on his crew was lost, and all 28 made it to safety.

The greatest can still have flaws however. ‘The impression I’ve got of Ernest and his expeditions,” said mountaineer Stephen Venables, “is that things were rather thrown together at the last minute and usually short of cash.”

Surely this just adds to the legend though? Ernest was the man in the pub everybody wanted to listen to and buy a drink for. That smile, and that daring, and before you know it, you’ve agreed to partake in his mad plans. Next thing you’re on a boat heading to the South Pole.

Like all good Mountain Men he was a man of action. Stuck in the ice? No problem when you have a smiling Shackleton turning around to you and saying ‘not to worry lads, I’ll go and get some help, shan’t be long.”

Legend has it that after returning to England, Shackleton told his wife, “I thought you would prefer a live donkey to a dead lion.”

Indeed, The real reason Shackleton had turned back on that ill-fated trip in 1911 was because the expedition was running out of food. There was a chance they wouldn’t make it, and so he made the decision to give up on his dreams. He always put the lives of his men first.

Let’s raise a glass to Ernest Shackleton, a true Mountain Man if there ever was one.