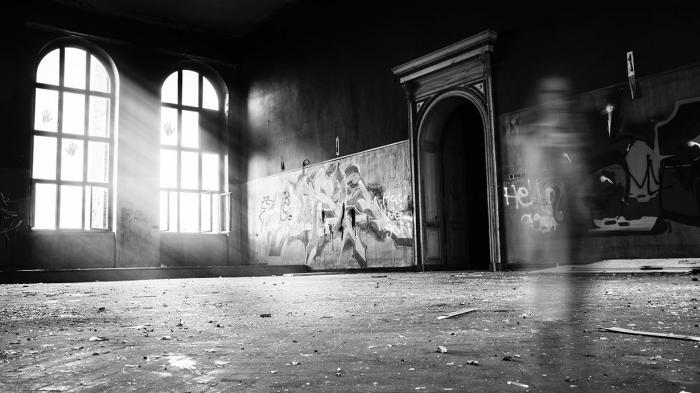 It’s a question as old as history itself: is seeing believing? For as long as we’ve had cameras they’ve been used by believers of the otherworldly as proof of the paranormal. However, with fierce scepticism rebutting each example with explanations that call the validity of each image into question, it’s no wonder why ghost hunters and paranormal investigators are still searching for irrefutable proof all these years later.

As Spiritualism rose in popularity throughout the late 1800s, so too did photography. The morbid practice of Memento Mori - photographs taken of relatives after their death - to the ghostly images of family members long since passed hovering in the background of a living family member’s portrait: death and photography have gone hand in hand. But for every new spooky snap that emerges, there’s also a fierce debate as to whether we really have snapped a spirit or just another trick of the light.

While photography has come a long way since the end of the 19th century, the debate as to whether definitive proof has been caught on camera still rages on. Here are three examples that have caused even the most steadfast sceptics to consider the possibilities...

One of the most popular spooky snaps in recent decades, the Amityville ghost was captured by a professional photographer who was working with paranormal investigators, Ed and Lorraine Warren, as they were allegedly investigating the Amityville horror house.

When the Lutz family moved into their new home in Amityville, they knew that it had a bit of a storied past. It’s previous occupants, the DeFeo family, had been brutally murdered by Ronald DeFeo Junior. What the Lutz family hadn’t anticipated, however, was just how much of a mark the DeFeo family had left on the house. Managing to stay in their new home for a grand total of 28 days, the Lutz family fled the house leaving all of their possessions behind claiming that they had been hounded by paranormal experiences.

With the house closed to the public, and no children present while the investigators explored the house, it’s believed that the young boy captured just off centre of the photo is the ghost of 9-year old John Defeo - Ronald’s younger brother. With demonic white eyes peering around the banisters at the bottom of the staircase, it certainly does make for an eerie image.

In the summer of 2021 ghost hunters, Matrix Paranormal captured what they claim to be the clear image of a WWII soldier. Whilst investigating an old WWII anti-aircraft gunsite the investigators heard footsteps, witnessed activity with trigger objects, and captured eerie images of shapes they claim to be of soldiers that had occupied the base during the second world war.

The decaying building has since been reclaimed by the local wildlife and has been forgotten to time, but do these images show that the base is still home to some of its defenders? The eerie figure stood just beyond some crumbling concrete certainly has divided opinions. With some claiming it to be a trick of the light, while others blaming a smudge on the lens: the jury is still out on this one!

Captured in 2018, the grainy nighttime image captured by a ghost hunter in St James's cemetery, Liverpool, supposedly shows the ghostly spirit of a 17th-century soldier in plate armour. Faintly visible through the graves and crypts, the round outline of a figure can be seen in the flash from the camera.

Merseyside was infamously sieged during the English Civil War, and was the site of a huge battle that ripped apart the city centre. With the Cavaliers and Roundheads clashing swords, it’s no surprise that there were casualties. Has this picture captured the residual spirit of one of the unfortunate soldiers that lost their life in Liverpool? Or is it more likely a wisp of graveyard mist?

So what do you think? Proof of paranormal activity, or flagrant abuse of photoshop?