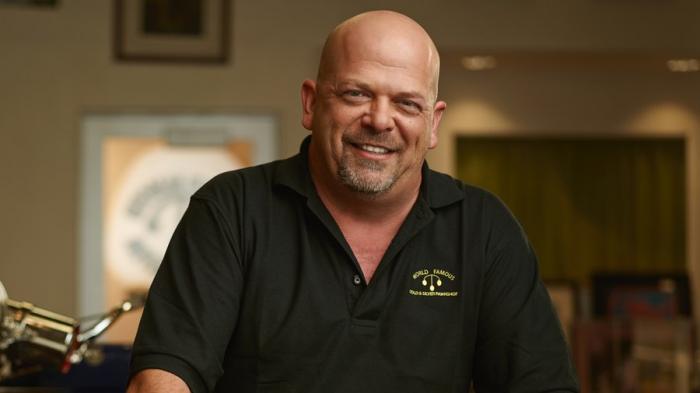 BLAZE: What inspired you to open the shop?

Rick Harrison: Around 16 years ago, I decided if I get one of these reality shows, it'll probably be good for business. So I pitched the show and eventually got it on television. But for years, everyone kept telling me that no one's ever going to want to watch a show about four bad guys and a bunch of antiques.

BLAZE: Since 1989, when the shop opened, what are the biggest changes you've noticed over time?

Rick Harrison: Like Darwinism, you evolve or you die. The volume of customers has just changed dramatically. Before I had the show I used to get about 100 customers a day, then that grew to more a thousand customers a day. And now with Coronavirus, that number has changed significantly.

Find out more about Pawn Stars

BLAZE: What would you say has been the weirdest item that you've ever sold?

Rick Harrison: Okay well, this guy comes in the shop with three human skulls in a duffel bag.

It turned out he went to dental school and they used to use real human skills, and he bought a bunch of them at an auction. I obviously couldn't buy them, there'd be 10 cop cars in the parking lot.

Also, someone in the UK tried to sell me this coffin with an air pump on it, they gave them to new mothers during World War II, and there was a pump to make sure the babies didn' get gas.

BLAZE: What was the rarest item that you've come across?

Rick Harrison: I have a 12th century stained glass window in my house, it's from the UK.

I also have an eighth-century Viking bracelet that was founded in a Viking gourd in a field in England and I wear it all the time.

BLAZE: Do you ever buy off items for yourself?

Rick Harrison: Well, I've been a really big book collector, I collect a lot of the books that you see on the show. I've even just bought one in Italy for $100,000. I'm a mega nerd!

I went out with John Merrick and Katy Perry one night and I didn't even know who Katy Perry was. That's how much of a nerd I am.

BLAZE: Do you have any negotiation tips?

BLAZE: Have you ever come across a really difficult customer?

Rick Harrison: A lot! There's normally a lot of people that come in with their family heirloom and they were told that grandma's got a perfect diamond ring. And then I have to explain to them; 'No, grandma was cheap.' It's a fake!

BLAZE: Who has been your favourite visitor to the shop?

Rick Harrison: It has to be Billy Gibbons from ZZ Top

BLAZE: When would you say is the best time in the year for pawning items?

Here's a crazy fact... "there's no such thing as a used diamond". So there's always a very good chance your newly bought diamonds were already in a pawn shop.

BLAZE: If you were president for a day, what law would you pass and why?

Rick Harrison: I would set up a voucher system and any kid can go to any school they want to go to. The government shouldn't be running the school systems. It's an issue because education is so important.

BLAZE: And is it true that you pitched an idea for a documentary series on the White House?