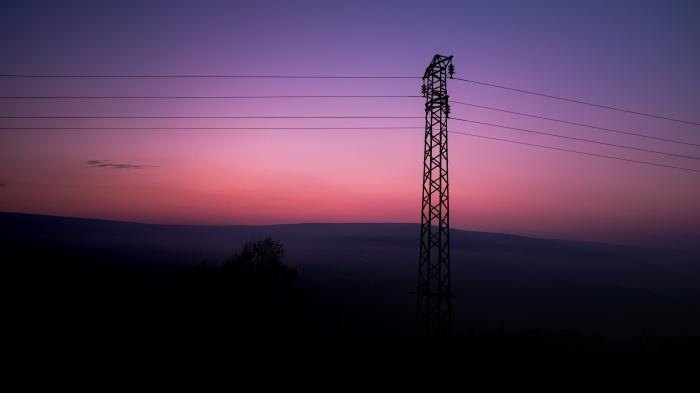 A pretty market town deep in the Pennines sat just on the Yorkshire side of the border between those two great rival counties of Yorkshire and Lancashire, Todmorden is the stuff of postcards and biscuit tins. It’s more than just rolling green hills and echoes of old Hovis adverts, though. Much more.

Yorkshire’s something of a UFO hotspot in Britain. In the past decade, more than a thousand sightings of unidentified flying objects have been reported to UK authorities there. Most are interesting but explicable. Some are intriguing and less obvious. While a very small amount are downright bizarre.

And then there’s the Todmorden Incidents of 1980.

Some forty-odd years ago, the West Yorkshire town of Todmorden was known for little more than being just another picturesque settlement in the northwest of England. Perhaps some folk knew of the town’s corn mills, but that was about it. Until 1980, that is.

In November ‘80, police officer Alan Godfrey was called to a minor incident in the town: some cattle had got loose and were wandering around lost. As he drove up the Burnley Road looking for the cows he saw an unusually bright light. Focusing on it, Godfrey claims to have been able to clearly make out the object to be a dome-shaped metallic disc with visible windows. 20ft high, by 15ft wide. Classic flying saucer stuff.

Godfrey attempted to radio the sighting in, but his radio equipment wouldn’t work. According to him, the UFO disappeared and he awoke some way down the road, 30 minutes later. His boot was split in half and his foot was red raw and sore. After hypnotic regression, the police officer asserted that he had been taken aboard the craft and ‘examined medically’ by ‘small beings with beards’. Again, classic alien abduction stuff. Well, apart from the beard thing, perhaps.

That’s not even the weirdest part of the story.

Officer Godfrey had, some six months previously, been involved in the investigation of what can only be described as an incredibly weird murder. On June 6th 1980, 56-year-old Polish miner Zigmund Adamski left his house in Tingley, a small town 20 miles from Todmorden, never to be seen alive again. Five days later he would be found dead on top of a pile of coal in Todmorden itself.

Adamski was wearing a suit that was fastened incorrectly, his hair was oddly short and badly cut and he was clean-shaven, despite having been missing for almost a week. He was covered in odd burn marks and a strange green ointment which toxicology tests were unable to identify. Some of those who saw Adamski’s body would go on to claim that his face was stricken in shocked horror. How true that particular detail is is anyone’s guess.

No one was ever arrested for the crime and it’s still unsolved. James Turnbull, the coroner, would later call the Adamski case "one of the most puzzling cases I've come across in 25 years."

Of course, after his close encounter, Alan Godfrey had his own theories as to what happened to Zigmund Adamski. While other people preferred to dismiss the death as a bizarre suicide, death by a lightning strike or even assassination by the KGB.

That’s not it, however. Todmorden isn’t just a historical curio in terms of British ufology. The events of 1980 are odd and unsettling enough but since then? There have been frequent - and consistent - reports of strange lights and shapes in the sky. Some of them, again rather oddly, by police officers. Reports released in 2019 detail many sightings, including:

● 'Six lights that split, at one point becoming eight lights, that were orange and red in colour'

● 'A hovering object that looked like the planet Saturn, with a ring around it, red portholes and four blue lights.'

What makes Todmorden and its surrounding area such a beacon for unusual aerial phenomena? More to the point, what on Earth happened to Zigmund Adamski? And did it even occur on Earth…?