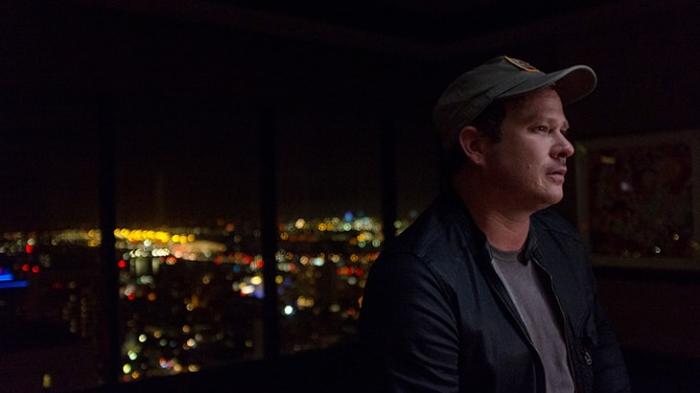 In Unidentified Blink 182’s Tom DeLonge and Luis 'Lue' Elizondo, former head of the Advanced Aerospace Threat Identification Program (AATIP) expose the secrets of the American government’s secret UFO programme, shedding light on unidentified flying phenomena in the USA and around the world.

Blaze spoke to Tom and Lue about the series and what sort of impact the series has made since it was shown in the US last year.

How would you sum up the premise of the show?

Luis Elizondo: This is not a chasing UFO show this is a docu-series getting into the heart of what the government US government's interest was and is into this phenomenon. And we're peeling back the curtain and allowing the audience to see what's going on in real life, about this topic.

Tom DeLonge: Some people want to call it, a nonfiction show about UFOs but it's not really about that. It's about my team from To The Stars Academy and their efforts to transform the world.

You're a fly on the wall watching my team deal with their partners in the US government, connecting the dots, following up with pilots and their interactions and their engagement with these craft.

What was the purpose of the Advanced Aerospace Threat Identification Program (AATIP)?

Luis Elizondo: ATTIP was a program that was established by some of our brave leaders in the Senate for in particular, Senator Harry Reid and Senator Ted Stevens, and even former astronaut John Glen. They all had believed this was an important topic. In fact Senator Stevens had his own UAP (Unidentified Aerial Phenomena) or UFO encounter back in World War Two while flying an aircraft for this country. And they all believe this topic was serious enough that we needed to spend taxpayer money and get the Department of Defense and the intelligence community engaged.

It's been a year since Unidentified first premiered. What for you has been the biggest impact of the show?

Luis Elizondo: From my perspective, one of the greatest achievements was the fact that we now have conversations with lawmakers and officials in our government who want to know more. When you have private conversations with them you come to realize that they too have had their own their own experiences.

Now those artificial walls that we've put in place for so many years are beginning to come down our national lawmakers and senior leaders are willing to have a conversation that just two years ago, they never would have dreamed of having. You never would have had official briefings provided to Congress and others in the executive branch about these issues.

Tom DeLonge: I think we've made so much headway in the last 24 months we would never have expected to be where we are now. I had a conversation with someone who was involved in AATIP not that long ago and asked him ‘what’s the biggest change for you?’ He goes, ‘you can now talk about this subject in the halls of the Pentagon and it's never been that way before’.

You can see this in the articles that have been written our work in To The Stars Academy in The New York Times, The Washington Post, The Hill, Politico in a way that's factual, evidence-based and burning off any of the stigma that's been around the topic of UFOs.

You’ve assembled a pretty impressive team for this investigation

Luis Elizondo: None of us are personalities none of us are actors, most of us are either scientists or aerospace engineers or in my case gumshoe investigators. This is not a reality show this is a show about reality. The producers and the directors are all hardened investigative journalists the types of people who spent their time cutting their teeth on the real dark seedy underbelly of mankind looking at things such as human trafficking and black marketing.

Tom DeLonge: It started early on with Jim Semivan who was one of the senior intelligence agents over at the CIA and Dr Hal Puthoff's who has been a longtime physicist working with the NSA and DOD and was one of Lue’s top, top scientists on AATIP. It was really just a group of people are coming together to try to handle something that's transformative through outreach study and innovation.

Watch Unidentified to discover what Tom, Lue and the team of intrepid investigators uncover about the secret world of UFOs and UAP. It's out of this world.