The incredible true story of THAT alien autopsy 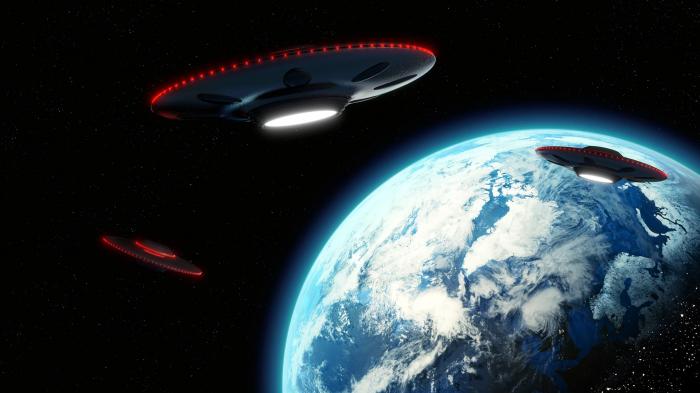 When it comes to ‘proof’ of close encounters with extraterrestrials, ufologists and those that believe that aliens and humans have made contact don’t have a huge amount to call upon. Non-believers aren’t often swayed by eyewitness accounts. Nor are they generally convinced by grainy photographs of unidentified flying objects that could just as easily be weather balloons, planes or dust on a camera lens.

In 1995, all that changed. At least that was the claim, anyway. Out of seemingly nowhere, a videotape emerged. On it was footage purporting to be taken from a US military post-mortem. The corpse being examined was, it was claimed, that of an alien’s...

Seventeen minutes long and shot entirely in black and white, the clip clearly shows a dead humanoid laid out on a table. The body is pale, around 5ft in length and has all the hallmarks of being a ‘gray’ (including a small mouth, large head and large glassy black eyes).

We see a large wound on the lower right leg. There are two doctors in hazmat suits that begin to conduct the autopsy, cutting into the body and examining it. It gets pretty gruesome. Innards are removed and the brain is cut into. It is, for all intents and purposes, a seemingly normal post-mortem. Apart from the fact that it’s being carried out on an alien, of course.

Supposedly, the footage was filmed in July of 1947. That date should sound familiar in this context. That’s the time of The Roswell Incident. Apparently, the alien being autopsied was cut from the wreckage of the famous UFO which was said to have crash-landed in the New Mexico desert.

The extraordinary tape was released by a man called Ray Santilli. A TV and music producer from London, Santilli enthusiastically pitched the film across the world. He eventually got serious interest from Fox News. They bought the footage and it featured throughout ‘Alien Autopsy: Fact or Fiction’, a documentary they aired to some considerable interest.

Santilli said that a military man, a retired cameraman, had passed him the clip via an intermediary. It was, according to Santilli, the man’s wish to get the video seen by the world. To tell the truth.

It wasn’t long before Santilli was forced to admit that the tape was not genuine. Well, it was actually 11 years later. In 2006 he confessed that the video wasn’t really from 1947 and that the ‘alien’ was just a dummy. Santilli stopped short of calling the film a ‘hoax’, though. It’s his position that it was, instead, a recreation of a real alien autopsy:

'In 1993 or 1994 we saw the footage of the autopsy in its original form and brought it back to the UK. Within that year or so the footage had completely deteriorated. The only thing that was left was a few frames that we could use as reference. What we did was restore the original footage frame-by-frame over a very long period of time. We set about simply restoring what was a very damaged film.'

'The footage that we had at the end of it was something that we thought was compelling so we decided to market it worldwide. We weren’t selling it to the broadcasters as fact. We simply said, ‘Look, it’s your decision. You can broadcast it whether you think it’s real or not.'

'What we did was a restoration. It wasn’t a hoax. It was a carefully constructed restoration of the original work.'

Spyros Melaris, who helped him create the footage, is very vocal about the fact that he never saw any ‘real’ tape and that the creative process was never designed to be about recreating any pre-existing footage.

We’d tell you all about the ‘Hollywood blockbuster’ that was made about this amazing story but it starred Ant ‘n’ Dec. As such, it’s a movie that really, really needs forgetting about.

As with most of the weirder things in life, we may well never know the full story. It seems likely that there never was an ‘original tape’ and that was just a story that Santilli told to distract from the truth that he and his team created a hoax from scratch.

What we do know is that the blood was jam, the entrails were from chickens and the brain was from a sheep (all bought a trip to Smithfields market). Oh, and the cameraman in the video was a homeless fella that the crew slipped a few quid and a video camera to.