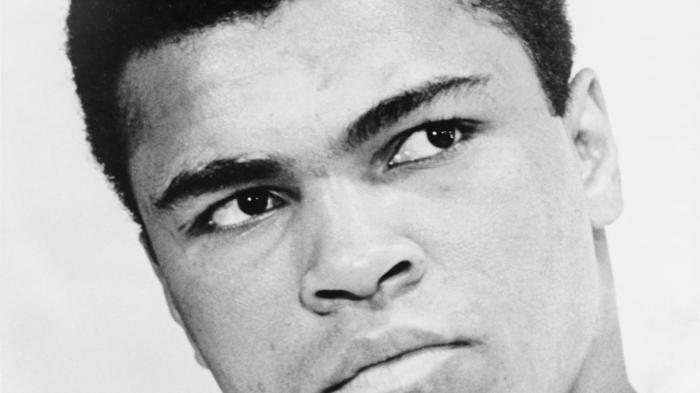 Those folk who are quick to dismiss the notion of aliens visiting Earth do so with a waft of a hand and - often - an explanation that it’s only the very unreliable who claim to have had close encounters. 'Why is it always some drunk farmhand on a ranch in Montana?' they ask. What these rather scornful characters fail to take into account is that history is littered with such accounts from all sorts of eyewitnesses.

We recently told you all about the thousands of serious reports of unidentified flying objects reported by the United States Air Force down the years in our look at the ‘foo fighter’ phenomenon. Now we want to look at some of the more notable people from history who claim to have seen UFOs.

Now, of course, simply being famous or notable doesn’t necessarily make you more reliable or believable. But esteemed and prominent figures do have plenty to lose by coming out and making such bold claims. So you’d have to imagine that these flying saucer spotters were pretty convinced in what they saw to go on record…

Here are five of the most interesting examples of historical figures to have seen UFOs:

Livy might sound like the name of one of your sister’s friends or a girl at work, but in this context, we’re talking about a man called Titus Livius Patavinus. Alongside Sallust and Tacitus, Livy is generally regarded by scholars as one of the three great Roman historians. His work chronicled the incredible history of the city, its people and civilisation, especially in his most noteworthy work, his magnum opus, 'Ab Urbe Condita' ('From the Founding of the City'). But we don't really care about any of that here. What we care about is his UFO sighting.

One of his many writings on Rome includes a very interesting account of what he described as ‘many prodigies’, which he saw in the sky way back in 214 BC. This included ‘phantom ships’ that he claims were seen ‘gleaming in the sky’.

Some historians have claimed that Livy might have been talking metaphorically, but no one has ever given an accurate idea of what he was supposed to be representing, so it seems as though there’s a good chance that the man meant it literally.

What is it about Roman historians and seeing UFOs, eh? Here’s another one. Joining Livy in the craft-spotting club is the essayist and biographer Plutarch.

Describing a battle that happened in 74 BC between the Roman army and the armies of King Mithridates VI of Pontus, he mentioned how 'with no apparent change of weather, the sky burst asunder and a huge, flame-like body was seen to fall between the two armies. In shape, it was most like a wine-jar, and in colour like molten silver.'

Plutarch hadn’t been at the fermented grapes, though. There were thousands of witnesses, by all accounts. Including, none other than King Mithridates himself.

The famous king of Macedonia, famously played by Colin Farrell in Oliver Stone’s slightly dodgy 2004 film, was said to have seen UFOs a few times during his celebrated life. The most talked-about sighting occurred in 329BC when he was said to have curiously observed ‘gleaming silver shields overhead’.

Onto more modern history and for this next figures to have claimed to have seen a UFO, we turn to pop culture. Musicians and cultural icons don’t come much bigger than Beatle John Lennon.

'I was lying naked on my bed, when I had this urge. So I went to the window. There, as I turned my head, hovering over the next building, no more than 100 feet away, was this thing with ordinary electric light bulbs flashing on and off round the bottom, one non-blinking red light on top.'

Lennon's pal Uri Geller even claims that his musical friend once confessed to having come face to face with 'bug-eyed aliens'. The Israeli spoonbender failed to mention if this encounter coincided with one of John Lennon's many experiences with hallucinogens.

We end on a sporting legend - the late, great Muhammad Ali. The heavyweight champ had, he claimed, lots of experiences with unidentified flying objects in his life. As you might expect, the boxer wasn’t shy about talking about them, either. Here’s what he said:

'I happened to look up just before dawn, as I often do while running, and there hovering above us was this brilliant light hanging as if by an invisible thread. At first I thought it was a beacon projected from a helicopter. But moments later a similar object passed in front of us. I brought it to the attention of my trainer, who was standing nearby. We watched them come from behind the skyline and move slowly across the sky for at least 15 minutes.'

'The best I can describe the sighting is to say they were just round and big. This is no joke. All my friends here saw it. Actually, I’ve seen them many times before. I’ve had 16 sightings total to date. Many times, in the early morning hours, if you look up in the sky you can see them playing tag between the stars, really high up. I’ve had a good number of sightings myself.'

'The closest one happened when a cigar-shaped ship hovered briefly over a car I was a passenger in one night driving north on the New Jersey Turnpike. What a sight that was. We could see the shadow made by the UFO as it passed over the pavement of the road in the light of the full moon.'

'Before I could blink my eyes, this light had come down toward the mountains until it hovered right above the valley here. I knew I couldn’t be dreaming. Sure enough, it was still there. This had to be one of those big ships they talk about! The UFO was streamlined and shaped sort of like a cigar, but blunt on both ends. I couldn’t see any windows or anything, but I’m certain there must have been people onboard.'