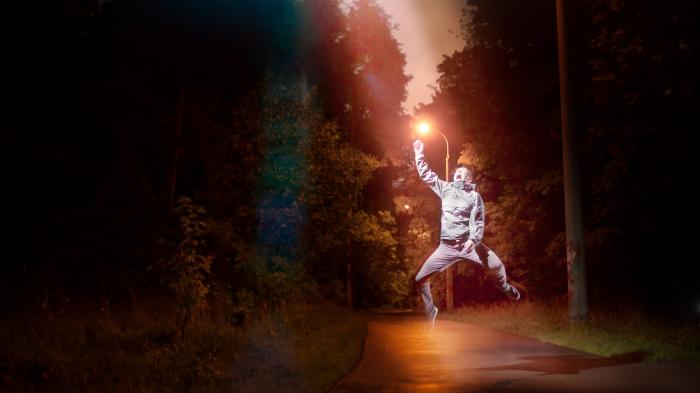 Ian Rogers is an award-winning author of horror and supernatural fiction, with one of his stories in development for Netflix. Before this though, he played a role in what is considered one of Canada’s most infamous UFO sightings.

The Guardian UFO case has been an unsolved mystery in Carp, Ontario since 1989. Just a teenager at the time, Rogers got himself involved and made it a real focus to find out what happened.

What was the Guardian UFO?

In 1989, an apparently declassified document from Canada’s National Defence Department described a scene that seems more fitting to a sci-fi film than real life. It described Canadian troops scrambling to retrieve spaceship wreckage and the hiding of alien corpses at underground research facilities within the University of Ottawa.

The whole saga would have been instantly ignored except for the fact that the documents and photos came with a VHS video recorded tape, showing the UFO. The information was distributed by an individual simply described as “Guardian”. Prior to the release of the materials, there had been several eyewitness accounts and reports to the police of unexpected lights and strange flares. One notable eyewitness, Diane Labenek, claimed to have seen a brightly lit craft land in a field near her house in November 1989.

Sceptics have since disregarded the footage and Canadian ufologists don’t often bring it up as one of their finest cases. The footage of the landing has been said to be less than believable by some, but others are still convinced of its authenticity.

Ian Rogers found himself amongst the most fascinated and ardently interested in the Guardian UFO and set off on his own investigation.

Ian Rogers has described Fox Mulder, of The X-Files fame, as a kindred spirit and was only in his teens when he saw the Guardian footage. His fascination with UFOs dominated his life even then, despite it not making him the most popular person to be around.

In 1993 he first saw the Guardian footage and considered it a life-changing moment. He recognised the footage wasn’t the most convincing, seeing the alien characters as easy to fake and road flares playing a key role in the whole setup, but he was still compelled to embark on his own investigation and find out more.

Taking his mother’s car, he drove 200+ miles from his home in Whitby, Ontario to take a look for himself. He aimed to track down Guardian and find out who had created the footage and why they had done so. He visited the area several times in the years after seeing the footage yet sadly he never uncovered Guardian or found out how the footage was made. It was, however, a key moment in his life and it seemed a natural precursor to where his career eventually led. Accepting the mystery couldn’t be solved was probably a hard pill to swallow but it’s part and parcel of life as a UFO investigator.

The late 80s and early 90s were peaks in general interest in UFOs and people with a slight interest like Ian Rogers were able to let their passion grow and throw themselves into the world of hunting down the unexpected and paranormal. His writing career has seen him focus on the unusual and downright horrifying and the influence of his early days as a UFO hunter are apparent.