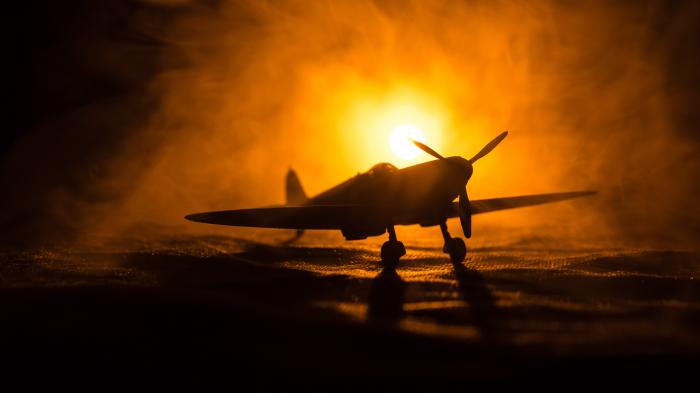 The Foo Fighters phenomenon may seem like a blast from the past. While they were first spotted during World War Two, there have been some sightings since, and this, in particular, puts doubt on many of the common theories about they may have come from.

While the government has dismissed them as unidentifiable but certainly not extra-terrestrial, we aren’t so sure. Foo Fighters are more than an interesting name chosen by an American rock band. It’s a term that refers to inexplicable aerial phenomena, usually reported by pilots.

The Foo Fighters we’re focusing on were first reported by the United States Air Force, as they spotted the craft over Europe and the Asia-Pacific region during the war. Further, commercial airline pilots have reported seeing Foo Fighters across the years. First, let’s look at some of the most popular theories to debunk and demystify the Foo Fighters.

We all know that when the government can’t explain something in the sky, they often turn to the weather as their reason. On more than one occasion, seemingly unidentifiable flying phenomena have been passed off as strange or unusual weather events.

Ball lightning is one example people put forward as a possible theory for where the Foo Fighters come from. It manifests as luminescent spherical shapes in the sky in varying sizes and can last longer than the split-second flash we associate with bolt-shaped lightning. As Foo Fighters are often described as spherical, this theory is commonly brought up when they’re discussed.

The idea that Nazi Germany may have been responsible for the Foo Fighters may seem a little bit of a stretch, but when we look more closely, it may not be. The sightings occurred in various locations, including Europe when Nazi Germany’s Luftwaffe dominated the skies.

The stress and demands of warfare are bound to take their toll. Some sceptics argue that this combat stress or fatigue led to pilots hallucinating and imagining the glowing objects in the sky. While there is plenty of documented evidence that the level of stress pilots were under, especially at night, it doesn’t detract from the fact that the Foo Fighters have been seen so many times.

The official line from the CIA cited that Foo Fighter reports were both non-threatening and likely to be nothing more than electrostatic or electromagnetic phenomena. They also suggested that the fighters might be simply reflections of sunlight bouncing off ice crystals.

While these theories are hypothetically believable, the sightings were often at night, which makes the idea of sunlight reflections a little confusing. Unfortunately, we often see governmental bodies suggesting electromagnetic or electrostatic forces are the solution to anything they simply cannot explain.

Unidentified flying phenomena are so prevalent in our skies and seen by many people, including highly qualified pilots who have seen all kinds of flying debris, ammunition, and other craft. So for pilots to consider Foo Fighters unusual and otherworldly, it’s a clear sign that maybe they are seeing something out of this world.

Of course, we know government bodies are never keen to admit something might be beyond their understanding. Still, as a theory to explain the Foo Fighters has never been fully agreed, they may well be evidence of extra-terrestrial visitors.