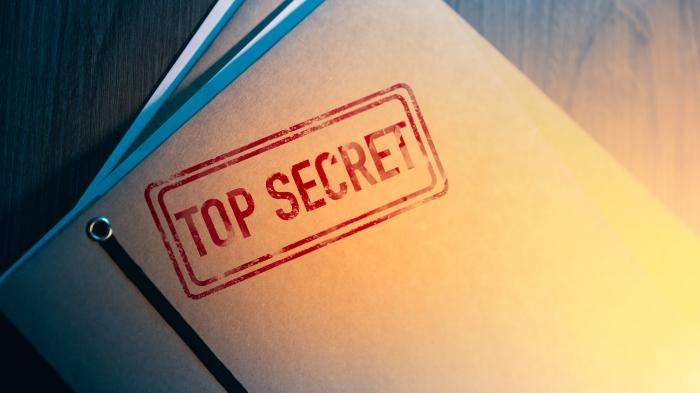 Government officials regularly refuse to be drawn into discussions about extra-terrestrial activity, but history tells us they are often much more interested than they make out.

Project Blue Book officially closed down in the late 1960s, but recent events would suggest the US government is a little more interested in UFOs than we may have imagined. Did they ever discontinue Project Blue Book, or was that claim simply a way of distracting civilian interest?

What is Project Blue Book?

Project Blue Book was the code name for a secret Air Force Program set up in 1952. The documentation linked to Project Blue Book goes even further back to 1947 and it is a collection of retired and declassified records from the US Air Force. It is held in the National Archives but we do have a little information about the work carried out.

The program was set up to find answers and debunk mysteries around the huge number of UFO sightings reported during the Cold War era. The Air Force was tasked with getting as many reports discredited as possible. The hope was the more that they did to minimise the impact of the UFO reports, the less panic would ensue. Some people consider it a coverup while others believe the governments should have been doing more to investigate the reports.

The US Air Force leaders also recognised the need to protect the public from a potential national security risk much more dangerous and potent than the Soviet forces.

A US Air Force document shows that there were 12,618 sightings reported to Project Blue Book throughout its time. At the time, 701 sightings were still unidentified. The American government ended the project in 1969, but it’s hard to believe this is the case when we consider recent events in the Pentagon and their renewed interest in unidentified aerial phenomena.

The US government seemed to be at pains to keep the idea of any study or investigation into extra-terrestrial activity a secret, through outright denial. Claims that debunk the existence of Area 51 have been consistent across US governments yet in 2017, the Pentagon confirmed the Advanced Aerospace Threat Identification Program.

The program ran from 2007 until 2012, but we heard nothing about it until 2017. This makes it seem more than plausible that governments may well have been actively seeking and investigating UFOs in the period between the official end of Project Blue Book and the Advanced Aerospace Threat Identification Program.

This argument is further enforced when we look at the Pentagon’s 2021 UAP Report. This report shows persistent government interest in unidentified aerospace phenomena and while they want to avoid the idea of extra-terrestrial activity, the report leaves more questions unanswered than it finds solutions for.

The world’s government’s interest in UFOs may be kept secret but it certainly seems to be an ever-present and ongoing concern.

Project Blue Book officially ended in the last century, but the US government still consistently publicises documents and reports (after the fact) relating to UFO activity. This makes us wonder whether there are other phenomena and UFO activities that the government simply doesn’t want the average citizen to know about.

There’s every possibility that the same activities, yet more technologically advanced, that powered Project Blue Book is still going on today.